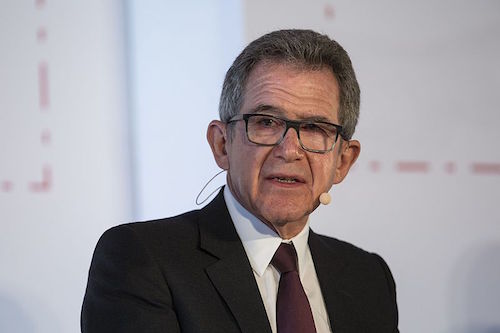 In his book, Connect, Lord Browne argues that improving your company’s relationship with wider society is the best way to protect profits and bounce back from major crises. His message to Volkswagen execs was: “Overreact.”

“We are in dangerous territory when the majority of people don’t like business,” Lord Browne says. And the power of social media means that mistakes are discovered and debated within an instant. CEOs can’t hide, so they should engage. By building trust, companies create a reservoir of goodwill that they can tap into when disaster strikes.

That’s because people relate to companies as though they were human. If the public believes a firm is basically trustworthy, it is more likely to be forgiving when the company makes a mistake. According to Browne, a business’ social capital accounts for as much as one third of its market value.

Volkswagen’s hitherto good reputation, should, Lord Browne says, stand it in good stead. But it takes more than a positive public image to deal with a major crisis.

In 1982, US pharmaceutical giant Johnson and Johnson faced disaster when seven people died after taking its painkiller, Tylenol. When it was discovered some of the product had been tampered with, the firm promptly removed all the pills from drugstore shelves.

Lord Browne believes the firm’s success in recovering from the incident was a product, not just of its good reputation with consumers, but also of the speed with which it reacted to the crisis.

Of Volkswagen, Lord Browne says the firm’s swift apology and offer to put things right is key to helping it make a quick recovery from the worst effects of the scandal.

Lord Browne was at the helm of BP in 2005 when its Texas City refinery exploded, killing 15 and injuring 170. The disaster marred Browne’s tenure of BP and, two years later, he lost his job after it emerged he lied in the High Court in the hope of convincing a judge to suppress revelations about his private life.

Fast forward to April 2010 and BP was struggling in the aftermath of the Deepwater Horizon oil spill – the biggest in US history, in which 11 workers died. Lord Browne has some sympathy for then CEO Tony Hayward, who he says is not the greatest communicator, but it was Hayward’s lack of sensitivity that fanned the flames of the public outcry.

Not only did the chief executive’s gaff that he “wanted his life back” cost him his job, it also cost the firm any empathy the public may have had for its predicament. The firm’s reputation, Browne says, will take some time to mend.

"Remember Enron was a big CSR winner,” Browne says. The firm who set such store by its corporate social responsibility programme went bankrupt when its vast hidden debts were discovered. Shareholders lost $74bn, thousands of employees lost their jobs and thousands more pensioners were left penniless.

The Enron scandal shows that CSR is a job, not for a specialist department, but for all managers. Lord Browne quotes Sir Howard Davies, chair of UK Airports Commission who worries that, rather than putting CSR at the heart of the business, it is “something boards might look at on a Friday afternoon”.

Browne argues that it is by fully engaging with society over issues from climate and pollution to education and human rights, that firms make it clear who they are and what they stand for.

And, while some say Volkswagen’s cheating will more than drain the company’s reservoir of goodwill, Browne’s insists that, if nothing else, the firm’s hitherto good reputation puts it in a strong position to start with.