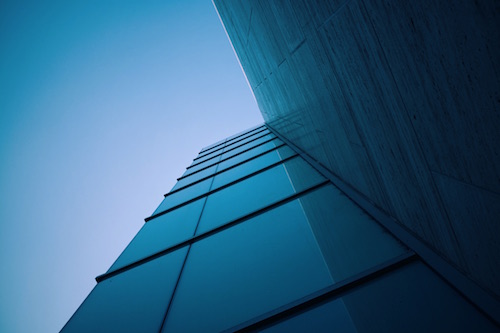 Is internationalisation threatening your company’s long-established culture? So-called "cultural disintegration" can occur when colleagues in different countries struggle to integrate with unfamiliar social norms, causing a breakdown in communication and trust.

Writing for Harvard Business Review, Erin Meyer explains how to make sure your company's culture doesn't get lost in translation.

There was a time when we largely worked in local organisations. Our colleagues and clients were “culturally like us”; they resided in the same country (or even town), and shared our ways of working and communicating.

Today, firms are much more international and employees are likely to be both geographically and culturally distant from one another. Here’s how to adapt to global working while protecting the culture that makes your company tick:

1) Assess cultural differences. Work out how your corporate culture might clash with the cultures of colleagues and clients in other countries. Look carefully for any pressure points and don’t let your cultural preconceptions trip you up.

When Google expanded into France, French executives had expected straight talk from their American colleagues but were caught out by their reluctance to give negative feedback. The Americans, in turn, were “blindsided” when their polite and socially aware French colleagues delivered comparatively “savage” critiques to staff.

2) Adapt the culture where necessary. Be prepared to let go of any cultural elements that aren’t vital and could even hinder your company’s success abroad. TNT recognised that its “task-oriented efficiency” needed to become more relationship oriented and its egalitarian management more hierarchical when it moved to China – a change which satisfied local clients and motivated local workers.

3) Ringfence your key cultural elements. Identify and protect your company’s core cultural traits. Google believes its positive organisational culture is vital to its success. That’s why it insisted on French managers replicating American-style feedback. As one French manager told the author: “After five years at Google France, I can tell you we are now a group of French people who give negative feedback in a very un-French way.”

4) Provide cultural training. At L’Oréal, debate and open disagreement are an intrinsic part of the culture, and contribute to the company’s creativity. When L’Oréal expanded into SE Asia and Latin America, where open disagreement is considered offensive, it created a “Managing Confrontation” programme. Employees learn a methodical approach to expressing disagreement in meetings so they can feel more comfortable debating.

5) Mix up your staff. It’s hard to connect with colleagues we don’t see, who speak a different language and work in a different way to us. Prevent rifts forming by building teams in which nationalities, genders and age groups are broadly represented – throughout your global locations. Sending staff members on secondment to other global offices will also reduce divisions and promote cultural understanding.

6) Make communications explicit. When you work with the same colleagues day in, day out, much of your communication is done implicitly through body language, facial expression and tone of voice. But implicit communication rarely survives internationalisation, as cultural and geographical distance get in the way.

Formalising systems and processes via a detailed handbook can help. So can creating a new culture in which employees get used to repeating and recapping key messages and actions to ensure everyone has a clear understanding of what is meant.

7) Make meetings fairer. Some cultures have a strong emphasis on avoiding mistakes, while other cultures enjoy confrontation and debate. Never expect your global colleagues to approach meetings in the same way you do. To create a level playing field always:

“Getting culture right should never be an afterthought,” says Meyer. You must start planning now if you’re going to avoid the “cultural potholes” that litter the global marketplace.