How to prosper in the Now Economy 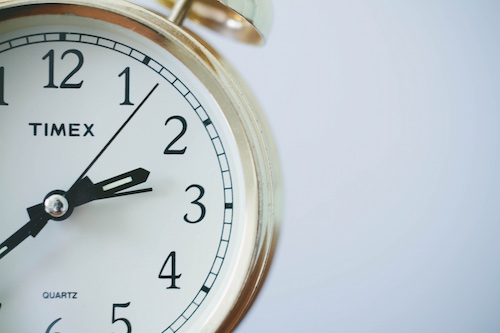 In the “Now Economy,” in which speed is king, companies must learn to think, move and respond faster without sacrificing service standards, writes Gideon Spanier for Raconteur.

The success of Amazon Prime, Spotify and Uber, not to mention social media platforms such as Instagram, Snapchat and Twitter, suggests that modern consumers expect both communication and service to be as fast as possible.

So far the business-to-consumer (B2C) sector has thrived in this brave and fast new world, but according to Amelia Torode, chief strategy officer at advertising agency TBWA Worldwide, “the B2B world has lagged behind the B2C world when it comes to the Now Economy”.

This is despite consulting firm Frost & Sullivan’s prediction that the global market in e-commerce could be worth double that of the B2C sector by 2020.

Torode says that B2B companies should be “fundamentally rethinking the opportunities that technology can provide time-starved individuals”, highlighting healthcare, law and talent as sectors that could flourish in an economy focused on catering to people looking for quick communication and service.

The exception that proves the rule

B2B hasn’t missed out entirely. According to Robert Colvile, author of The Great American Acceleration: How The World Is Getting Faster, some industries have worked to speed up their supply chains.

“In industries like fashion, for example, the traditional four seasons have broken down – it’s about getting designs into the shops the instant they hit the catwalk, seeing which ones take off, then doubling down on those orders. That means everyone across that supply chain has to be more agile.”

For Sue Unerman, chief transformation officer for media agency MediaCom, whose client list includes Deliveroo, Sky and Tesco, the ability to adapt quickly to evolving customer demands is key for all businesses.

“It’s not just a question of buying into things being a bit faster,” she says. “A B2B business might need to go through a complete redesign.”

She goes on to quote a recent study by research firm Gartner. “The biggest threat to innovation is internal politics and an organisational culture which doesn’t accept failure and/or doesn’t accept ideas from outside, and/or cannot change.”

“If you’re the business that’s agile in your sector, the competitive advantage is real,” says Unerman.

But Richard Shotton, deputy head of evidence for media agency Gottlieb OMD, whose clients include John Lewis and Waitrose, warns that agility shouldn’t be confused with speed at all costs. He believes consumers value things other than speed.

“A courier company will gain more customer satisfaction by updating their clients about the progress of the package and providing shorter windows than delivering 15 minutes faster,” he says. “Often, these improvements in certainty are far simpler and cheaper to implement.”

Shotton also warns against relying solely on real-time data (RTD), using the “data that is easily captured, rather than the data that is best suited to solving their problems”.

“In terms of B2B, the lesson is clear,” says Robert Colvile. ”You’re either helping your customers do things really well or really quickly – and ideally, both. If the service you’re providing isn’t doing either of those things, then it’s really hard to see how it’s viable in the long term.”

In the modern economy, speed is not everything – but for the generation of consumers Bruce Daisley, vice president of Twitter for Europe, the Middle East and Africa, calls “Uber’s children”, it has become increasingly important.