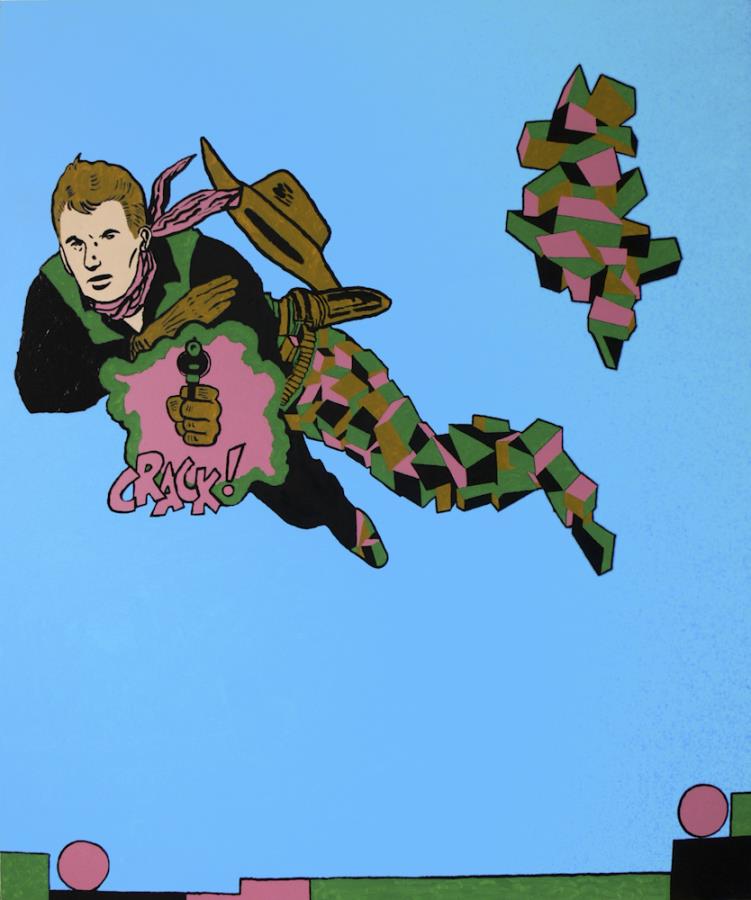 According to Bernard T. Ferrari and Jessica Goethals, writing for McKinsey Quarterly, productive rivalry can spur innovation and help the development of products and services, and they cite such diverse evidence as the director of General Electric's Global Research Group, and the more surprising example of the Renaissance.

It's the latter that is dealt with first by Goethals, a PhD candidate in Italian Studies at New York University. She insists that "the Italian Renaissance was such an extraordinary period of creativity it can shed light on how to stimulate business innovation".

Goethals believes there are "uncanny parallels" between the events of the Renaissance and the principles that have proven valuable in R&D organisations – she gives the examples of collision between diverse experts, providing loose guidelines, and establishing stretch goals.

But not so much in line with these R&D practices, says Goethals, is "the degree to which Renaissance creativity was built on professional rivalries – like the ones between Leonardo, Michelangelo, Raphael, and Titian – that are commonly viewed as some of the most productive in history".

She observes: "It may be that by overlooking the potential of rivalry, modern R&D organisations are missing an opportunity to promote ground-breaking innovation."

Although Goethals admits that competition can produce "petulance and destructive energy", the rivalry of the Renaissance fostered a culture of innovation and creativity. The protagonists would compete by borrowing from each other and "drawing on the techniques and innovations that they most admired from their peers".

Goethals explains how the Renaissance rivalry was linked to the notion of paragone (meaning 'comparison').

She says: "During the Renaissance, it implied the placing of two artists, or their individual works, side by side in order to judge them, weigh them, distinguish them, and critique them. With paragone, two equal rivals were compared and celebrated for their relative achievements. An integral part of the philosophy of paragone was the belief that such direct comparison could motivate artists to greater feats."

Goethals observes that there are few examples of paragone being embraced in the R&D labs of modern companies. Instead, the onus is on co-operation and collaboration within R&D centres. But the author insists R&D managers should be looking to implement a modern version of paragone.

She explains: "The best way to do so is to set two or more teams working on the same project at the same time… this isn’t a new idea: recall the famous competition between the System 360 mainframe computer and the 8000 series at IBM during the early 1960s."

The article offers three principles for executives eager to harness the power of paragone:

1) Competing teams Through tackling the same problem, teams from different divisions can compete to find a solution. "After all," says the author, "there are often many ways (sometimes coming out of different disciplines) to resolve an R&D challenge, and there is often no way of knowing which one is best without trying them out."

2) Appreciation of differences In the same spirit as paragone, solutions developed by the teams can be held side by side in order to judge them on their comparative merits. Sometimes, ideas can be integrated, or rejected solutions can return to the lab for further development.

3) Conducting 'market tests' Also drawing from paragone, designs can be presented to an internal jury or a focus group of customers to be assessed on their merits. Goethals says: "In some cases, more than one of the products may find customers who appreciate them, just as Renaissance artists each had their own following."

The advice on embracing rivalry comes with a caveat, however. The author points out that during the Renaissance, certain rivalries "grew out of control and at times led to duels, imprisonments, and murders". And there is the danger that if rivalry is poorly managed it might "devolve into the kind of destructive competitiveness that R&D managers try to avoid, stifling the exchange of ideas and undermining collaboration".

Strong management, then, should ensure that rivalry does not deteriorate into bitterness and discord or leave people feeling defensive or threatened.

"Most important," says Goethals, "a company must supplement the implementation of paragone with a deep and pervasive culture of co-operation and collective achievement."

She adds that "a great company will make sure its innovators understand that its most lasting breakthroughs and achievements are the product of a collective effort – and will celebrate and reward all who participate".

In the second part of the article, Mark Little, the director of General Electric's Global Research Group, talks to Ferrari about the use of competition and collaboration in his organisation.

"What we talk about," he adds, "is working together, collaboration, and the success of our businesses; we want everybody focused on that. Rivalry takes place in an atmosphere of trying to produce results together."

Little says the focus is not on people winning and losing, but rather on people "sorting out the pluses and minuses of different options".

He also explains that having competent people to pass judgement is key: "If you have somebody in a decision-making position who is viewed, particularly by the losing team, as not really capable of making good technical assessments – say, a manager who is more of a generalist than the deep specialists on the team – that’s organisationally bad. So we have mechanisms to guard against that, not the least of which is getting outside people who are experts in on the judgement."