How total quality management can stop your company from failing 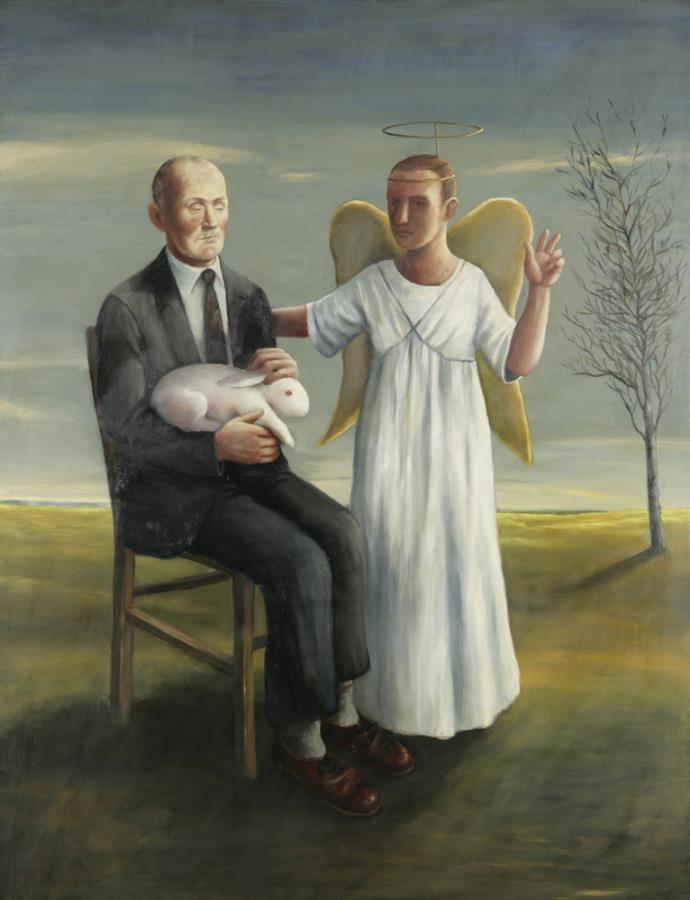 Business history is littered with the corpses of companies that were hailed and deeply admired, not just by ephemeral stock markets and their acolytes, but by highly experienced and intelligent management gurus.

Enron is only the latest sorry example of a phenomenon that will undoubtedly recur: the new boys muscling into an established industry with new methods which achieve unparalleled growth and miracles of profitability that far exceed the going rates.
[block:block=15]

There are always two possible explanations. Either the sitting managements have become too conservative, too hidebound and so slow in reacting to opportunity that it is allowed to pass by. In other words, the firms have become too bad to be good. Or else the miracles and their makers are too good to be true. The new men and methods are not as successful as they seem, and the new order of profitability is partly achieved by doubtful accounting devices, or even worse financial juggling. Enron's collapse seems to have resulted from both exercises in false creativity.

Yet of the two possible explanations, the first is nearly always the most popular. Vested interests rapidly close ranks around the new heroes – loved by the investment bankers, the stock analysts, the media, the deliriously happy investors, the equally delirious option holders. Nobody wants to hear unpalatable truths even when the lies are transparent. Take the case of a company named Atlantic Computers. It was in the then large-scale business of leasing IBM mainframes to corporates. Its profits, even by the standards of a rich industry, were staggering – and its rivals couldn't understand this competitive edge.

They bought the same machines, presumably on much the same terms, from the same supplier and leased them to the same types of customer at much the same rates, using funds borrowed at the same cost. Yet rival managers who pointed out these indisputable facts were ignored as jealous fools: they were simply being outmanaged by a more efficient and enterprising competitor. When Atlantic duly collapsed, its backers discovered the horrible truth: that non-existent profits had been created by imprudent accounting for the residual value of its leased computers.

As so often in management, you face conflicting truths in such cases. Any manager in any business must be aware of these collisions of different kinds of realities, the paradoxes of success and failure…

1. Managers get locked into internal norms ('the way we do things round here') and external norms (the way this industry works).
2. Both sets of norms decay in relevance and effectiveness over time, but loyalty to them intensifies – and stultifies innovation, experiment and responsiveness.
3. Counter-productive conservatism results in unthinking denial, which blinds management to needed change and competitive dangers.
4. Establishment thinking gives new entrants a great initial advantage, but they swiftly develop their own internal and external norms.
5. The norms include intense belief in their innate superiority over all competitors and a general 'we have nothing to learn' complex.
6. When the unbroken run of success runs into the all but inevitable stumble, the ex-newcomers succumb to their own brand of counter-productive conservatism; here, too, unthinking denial blinds management to needed change and dangerous practices.

If the worst comes to the worst (as it often does), the practices become even more hazardous, as the management increasingly invents rather than makes profits. The follies are blatant, but the underlying problem is a hard nut to crack, even for truthful and wise managers. How do you balance leadership of an established market with subversive ideas and radical change? How do you preserve the disruptive dynamics of growth when you are enjoying all the comforts of guaranteed markets? How can you have an organisation that is both self-confident and self-critical?

To use an analogy from the Trojan Wars, you have to follow Hector, but listen to Cassandra. That's one of the great strengths (but pervasive difficulties) of Total Quality Management (TQM). The Total Quality Management (TQM) organisation rates victories over its own incompetence as equal to wins over the competition. Cassandra identifies the internal enemies, and Hector defeats them by brisk and well-planned action. This is the old one-two beloved of boxers. It should be just as much adored by managers. After all, $1 million added to profits by eliminating waste is worth the same as $1 million made by selling more.

The internal victories are usually much easier to make, and the opportunities are never-ending. The Total Quality Management (TQM) principle that everything can always and for ever be improved can be verified every hour of every day. Become your own Cassandra. Pick an activity at random, and see if you get a result like this, taken from the real life of a famous multi-national company:

1. You ring the switchboard and ask to speak to an upper-middle manager.
2. The operator asks if he is expecting the call. You fib, and say 'Yes'.
3. The operator says she will connect you with the man's PA, but is unable to do so, and suggests you call back later.
4. You ask if you can leave a message, but are told firmly that voicemail is only for the use of the employees.
5. You ask for the man's e-mail address, but are told even more firmly that company policy forbids the release of such information.

TOO BAD TO BE TRUE?

Too bad to be true? What fuddy-duddy corporation could go to such bizarre lengths to prevent people – no doubt, including customers – from contacting its employees? The fuddy-duddy is Microsoft. That is almost unbelievable, but only 'almost'. Companies often sin most where they most profess virtue. Bill Gates may eulogise his 'Digital Nervous System' that links all parts of the business in a real-time network, but the self-praise diverges painfully from the reality.

The pain is primarily felt by the frustrated outsider. It could become acute for the business itself if the malfunction, as it probably does, springs from an inward-looking, self-sustaining bureaucratic culture and a disregard for customers and other external constituents of Microsoft's business.

The most interesting questions, though, are whether the senior executives in companies are aware of such self-defeating policies; and, if not, why not? In most cases, higher-ups don't know what gratuitous errors are being committed, even in head office. Even if faults come to their ears (or eyes), they may not act to remove the defect and reform the systemic failure which always underlies the fault.
[block:block=15]

For example, even when Marks & Spencer was riding high as Britain's, and even the world's, most admired retail chain, it had some obvious failings. These included window-dressing that year after year fell blatantly short of the best standards. I mentioned this serious defect once to a Very Important Person (since departed). 'Yes,' he replied, 'our windows are awful.' I couldn't help wondering why so highly paid and assertive a manager had let the wound fester. How many phone calls would (or should) have been needed to get the vital window displays right? Two or three?

The driving and driven Simon Marks, the true founder of the company, would roam the business like an avenging angel, seeking out corporate sin. Whether it was a plethora of forms (which he famously once consigned to the bonfire), fresh food kept over the weekend, or shortage of stock on the counters, nothing was too small (or big) to escape his attention. It's TQM philosophy again: search the fertile fields of folly and wisely take the ample opportunities for changing expensive slackness into profitable efficiency.

You dare not omit any product, component, process or service from this never-ending scrutiny, followed by planned action. All too often, however, the zeal for reform stops a good way below the top of the organisation. Actually, that's where it should begin. When I studied 20 outfits which claimed to have adopted Total Quality Management (TQM), the true successes (a minority, be it noted) had all begun their conversion by trying out the principles and practices on the top echelon. And this literally total involvement had lasted ever since.

The logic is unanswerable. How can top managers expect their subordinates to embrace any discipline that is shunned at the summit? More important still, how can performance throughout the organisation improve if its senior management is bringing poor processes to bear on the key functions of judgment and supervision which affect everything else?

Of all those functions, the decisive one is decision itself. Half of all decisions fail. That's the estimate made by Paul C. Nutt, a professor at Fisher College of Business in Ohio State University. His claim results from 20 years of research into what helps decisions to succeed and what turns them into debacles. The latter are merely conspicuous examples of a disease which has a far wider spread. As Nutt writes in Business Strategy Review, 'a debacle is merely a botched decision that gets a public airing'. Many more failed decisions die unmourned – and unnoticed by the outside world.

Every industry and every organisation can offer plenty of examples to prove Nutt's point. He cites the Millennium Dome on which Britain wasted £955 million in public money and got in return a failed visitor attraction and an unusable, unsaleable building. Then there's Eurodisney, whose cost soared from $2.5 billion to $4.4 billion, and whose launch was blighted by excessive prices and ludicrously high expectations for revenue. Nutt uses the Disney saga to illustrate 'three generic mistakes which characterise many of the failed decisions in my research':

It's evident that the three mistakes are really one. If your decision-making processes are effective, they will prevent premature commitment and limit spending to the right means and ends. Yet Butt believes that 'two-thirds of decisions use failure-prone practices'. One of those feeble methods is to ignore practices altogether – without even thinking of subjecting the reasons for success or failure to systematic analysis. As Nutt wisely writes, people 'spend very little of their time thinking about how to make a decision'. This is a classic and common symptom of the failure mentioned above: knowing what should be done (like improving M&S's windows), but not actually doing it.

Nutt cites participation. Nearly everyone involved in the 400 decisions studied was aware of the importance of real participation – early involvement by those who will implement or be affected by the decision; yet 'participation is rarely used'. Participative power is a key factor in Total Quality Management (TQM). It is also one of the practices that avoid Nutt's seven decision-making vices:

1. Network with and involve stakeholders so you know their concerns and requirements.
2. Participate with employees to show that you care about their needs and value their inputs.
3. Set objectives – think clearly about what results are required and feasible, and let everybody know the expectations.
4. Use enquiry and innovative thought to increase the number of options on the table.
5. Evaluate every option, comparing degrees of risk and value of benefits.
6. Audit the options to get a solid idea of the environmental and ethical implications.
7. Look for and remove 'perverse incentives' and encourage people to speak out frankly about their critical views.

The perverse incentive plays a key role in the process of corporate decline and fall. The incentive for keeping quiet about the true causes of debacles or potential disasters is that silence may serve as a protection against blame. The disincentive that prevents speaking out is fear that sleeping dogs will leap up and bite you. That is the personal risk. Avoidance runs a far graver corporate risk: that a bad decision or function left sleeping will undermine the whole enterprise. And then down will come everything – jobs and all.