Is your business management philosophy built on flawed judgment? 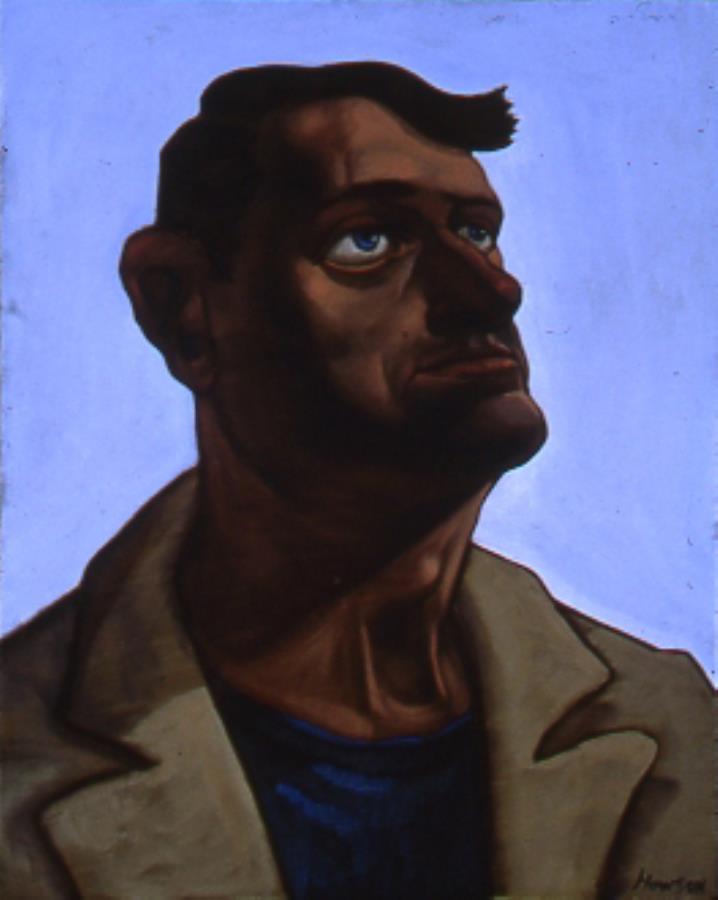 Interesting evidence about predictions is covered in a book by Philip Tetlock entitled Expert Political Judgment: How good is it? The answer is directly relevant to business management, because fortunes are directly affected by political decisions (and indecisions). But the relevance is far broader, for all managers are governed by forecasts about the business environment, the industries in which they operate and the markets in which they sell.

The predictions most obviously rule the stock market, but they also govern all corporate functions, from unit budgets to capital allocation. Swelling streams of wealth flow from organisations to professional pundits, in Think Tanks, banks, consultancies, etc.

HOW EXPERT ARE EXPERTS?

Throw in the insider pros and semi-pros and the legions of commentators in all media, and you can see the high importance of Tetlock’s question. How good are all those ‘experts’? Everybody knows that most fund managers, whose only role is to predict which shares will rise and which fall, fail to beat the market. Are other pundits any better? To answer his question, Tetlock spent 20 years in studying 284 people who make money from ‘commenting or offering advice on political and economic trends’. The results of having examined 82,361 of their forecasts go to the heart of management. Have you ever asked yourself…

The 284 respondents were tested by ‘three possible futures’: they were asked to rate the probability of each of three outcomes. In the matter discussed, would…

Louis Menand, reviewing the book in the New Yorker, says that in this long-term exercise the pundits showed themselves to be ‘poorer forecasters than dart-throwing monkeys’. That’s to say, the experts would have done better if they had simply assigned an equal probability (33.33%) to the three alternatives. The success of ‘tracker’ funds in the stock market springs to mind. Their managers don’t throw darts at the target – they merely follow the movements of the market, without any attempt to predict whether it will fall, climb, or simply stay put.

The monkeys and the trackers, you see, don’t lay any claims to foresight. Apes have no reputations to defend or establish: they don’t have any incomes or anything else to protect, not even nuts; and since they don’t try to select or judge any information, can’t make factual or interpretative errors. The pundits (who include all senior managers) believe themselves to be clever – and naturally try to prove it.

Surely, though, specialists who know more about a subject must have a commanding edge? No, they don’t. The study shows that they are not significantly more reliable than non-specialists. Some more findings that seem surprising at first sight:

Punditry is inseparable from personality. Making judgments is in the mind, like all of management. As with most managerial matters this statement is not entirely true. Just as inanimate objects (like cars that won’t start at crucial moments) conspire to frustrate ordinary purposes, so managers are confounded by external obstacles both inanimate and animated. Colleagues won’t cooperate, components won’t fit, customers won’t buy, financiers won’t finance.

Yet the partially true statement contains impartial, ineluctable truths. The abilities to ride above misfortune, to pick yourself up and start all over again, to reduce unmanageable difficulties to manageable proportions – all such admirable attributes are psychological, not physical: or, put another way, they are ‘emotional’, not ‘rational’. The mistakes of the pundits are in the mind, too – which means that their correction, if possible, must demand confronting their emotional hang-ups.

Some of these lead to ignoring obvious logic. Take hindsight. Pundits must always select from several possible futures. In hindsight, the trail of events can only lead to the one future which actually occurred. ‘Contrafactual’ history, which seeks to show what would have happened ‘if’ a different decision had been taken, is fascinating, but useless. The ‘if’ didn’t happen. But managers recounting past successes are still wrong to suppose that what occurred was bound to come about,

Another error is simply arithmetical. Most people believe that scenarios with more variables are more likely to come true. But as Menand points out, if two independent things have to happen for a prediction to prove right, the probability is arithmetically lower than that of either separate event. ‘If there is a one-in-three chance of x and a one-in-four chance of y, the probability of both x and y occurring is one-in-twelve.’ But people mostly like to reassure themselves with the emotional, comforting thought that there is safety in numbers.

Another emotional cause of misunderstanding and mistakes is wishful thinking. The pundit/manager wants something to happen (or not happen). Here's an example: the US car manufacturers refused to accept that more women going out to work meant more two-car families, with a greater likelihood that one of the two would be a smaller, more economic model. The Japanese thus snatched a huge market share from under the noses of men who were too deeply attached to the old ‘business model’ that had made them rich – and who, in any case, couldn’t face the pain of changing.

The sovereign importance of mind (which includes heart) was first revealed to me in a remarkable book by Norman Dixon – The Psychology of Military Incompetence. In chapter after chapter, Dixon showed how, even with men’s lives and whole nation’s fates at stake, commanding officers had made lethally fatuous errors of planning and execution.

More: Dixon (a professor of psychology) drew an inescapable link between mismanagement by these anti-heroes and inadequate psyches.

Time and again, the failures did not occur because complex situations were misunderstood, or because brilliant competitors out-generalled the misfits. The explanation is simple. The flops don’t think, or think wrongly – usually for emotional reasons that have nothing to do with the case.

Thus the general commanding Pearl Harbour countermanded his subordinates, and ordered the defending US aircraft brought back from the airfield perimeter (where they had been placed for safety) into the centre – where the Japanese attackers could (and did) wipe them out with ease. He argued that scattering the planes made them more vulnerable to Japanese saboteurs (of whom there was no evidence). To avoid the lesser risk, he took the greater – no doubt because he wanted to assert his authority over his underlings.

That’s one all too common factor in the myriad of managerial disasters that I have chronicled and encountered down the years. But exposing someone’s incompetence in itself gets you nowhere. When failed managers are finally exposed and replaced, the new incumbent customarily throws out the failure’s policies (the good with the bad), but substitutes his own psychological drawbacks for those of his predecessor.

What managers truly want is a guide to those psychological behaviours – their own even more than those of their subordinates – that will achieve a higher, indeed, the highest degree of competence.

Many people, of course, will argue that human beings cannot change what they are. Born a bullying, boorish and domineering ape, so shall ye remain. But born a reasonable, kind, loving person (like Dixon’s favourite military successes), and that’s what you will be. Born without creative talent, are you bound to remain uncreative? Edward de Bono has made it very clear that this typecasting is nonsense – that creativity and innovation can be fostered by methods such as his Six Thinking Hats.

Meetings reveal much about the psyches of the participants – like the notorious Abominable No-man who can always be trusted to oppose and criticise any suggestion. Make this human roadblock join with his colleagues in a different mode of thinking, such as all looking for creative solutions or letting their intuition run free, and you get shorter meetings and better decisions. Out goes the adversarial debating society.

I Am Right, You Are Wrong is the title of one of Edward’s books. In comes a real meeting of minds instead of a battle between emotional forces.

Anybody can see the relevance of the Six Thinking Hats to all management. When managers stay locked in thinking modes to which they have been committed by psyche and habit, they become less effective as individuals and as members of a group. Yet I guarantee that only a small proportion of managements, after introduction to an unfamiliar, intelligent approach to higher managerial competence, will put it into practice. Most will not even give it a trial run. Managers who might very well benefit – even benefit greatly – from the suggested process turndown the suggestion without truly thinking.

While there’s no reason in this instinctive rejection, it does serve a purpose. To accept a change, a manager must pass through some quite uncomfortable stages.

There’s a paradox here. The same managements are intensely faithful to that ‘way we do things round here’. This, however, is a comfort zone. The same kind of psychological comfort explains why rejecting an idea is easier than accepting. Rejection means inaction and staying with the familiar: acceptance means doing something, and risking the strange and new.

THE ILLOGIC OF EMOTION

This is not the logic of competence, but its opposite – the illogic of emotion. After all, ‘the way we do things round here’ didn’t fall like manna from heaven. Earlier managers, from the founding generation onwards, did embrace the new, did welcome change, did run the risk of being wrong, and did give their new initiatives full backing and enough time to work – and brilliantly.

But wait – weren’t those founding fathers also highly emotional and often unreasonable? That’s no paradox. Remember that one of the Thinking Hats is intuition, and don’t forget Tetlock’s forecasters, either: rational prediction can be less reliable than random selection.

By all means use your emotional powers, but in full recognition of their use and their effect on others – whose emotions will also determine the outcomes.

Above all, take Menand’s advice. Don’t use the pundits as emotional crutches. ’Think for yourself’ – even if that means swallowing the fact that you have been, or are being, horribly wrong. Look back at the four bullet points above. Clear away the emotional hang-ups, and your record will leave the 284 pundits well behind.