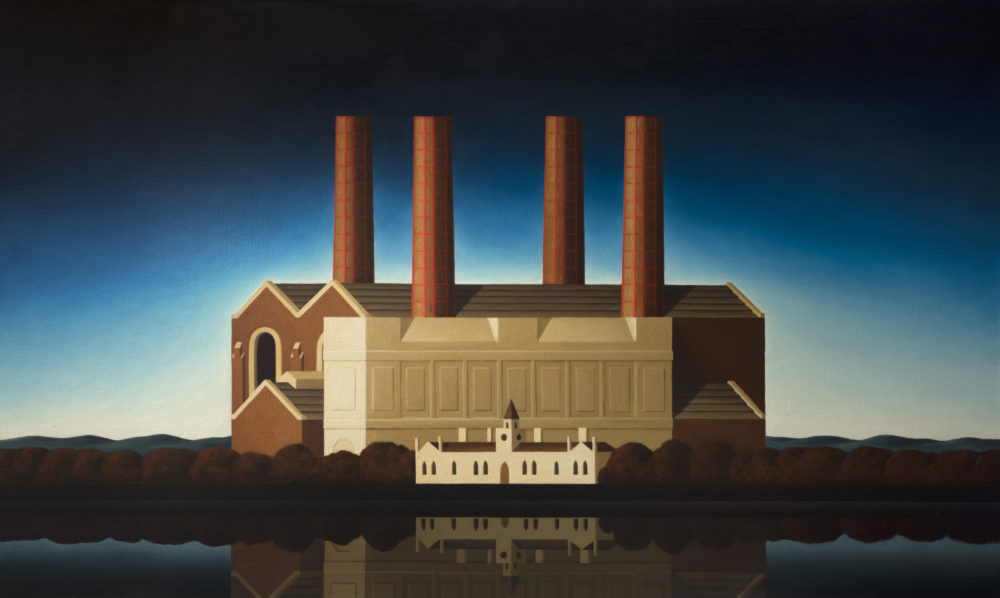 If you want to replicate the success of “bionic enterprises” such as Apple and Amazon, you will have to be at the forefront of a “bionic transformation” at your company, write John Sviokla and Kelly Barnes for Strategy+Business.

In 2018, Apple and Amazon became the world’s first trillion-dollar companies. It’s no surprise that these two companies, and others like them, such as Alibaba and Alphabet, attract the most talented people and are some of the most innovative in the world. They are powerful – and so everything they touch turns to gold.

For Miles Everson and Kelly Barnes, partners with PwC US, and John Sviokla, a retired partner with PwC US, these “bionic enterprises” combine digital prowess, human ingenuity and strategic purpose to take advantage of a “quiet revolution in the sources of wealth that businesses deploy and create – the first such major shift since the industrial revolution”.

The success of the industrial revolution relied on three forms of capital:

1) Natural capital – environmental resources, such as land and water.

The success of these new bionic companies is down to three new forms of capital:

1) Behaviour capital. This is theability to collect, aggregate and model data through new technologies, such as the Internet of Things (IoT), in order to gain valuable insights into the behaviour of people, machines and systems. Behaviour capital allows companies to accurately predict future behaviour and therefore reduce errors and risk.

2) Cognitive capital. The transference of knowledge – gained from years of experience – to software embedded in hardware, such as computers and robots, allows companies to operate at far greater scale. Everson, Barnes and Sviokla refer to this process as “automation of cognitive tasks”.

3) Network capital. Your company is the nucleus of a network that also includes your staff, your customers, external contractors and other entities. The emergence of the Internet has allowed these entities to communicate more easily – both within the nucleus and with each other.

For example, Amazon’s recommendation system connects buyers with buyers, and buyers with sellers, providing Amazon with lots of useful data about those who use the platform.

Bring about “bionic transformation” and your company could end up looking very different. It’s all about diversification and progress – adapting for the future.

For example, in recent years, Walmart, the US retailer that built its success on bricks and mortar stores, has undergone a bionic transformation, acquiring online retailers Jet.com, Bonobos and Flipkart, and partnering with Microsoft to create a new cloud-computing-based retail platform, while experimenting in other industries such as healthcare.

If you want to bring about bionic transformation at your company, you should focus on three shifts in behaviour:

Bionic companies, on the other hand, focus on increasing demand by expanding the boundaries of existing markets or creating new markets altogether.

Customers of Stitch Fix, an online personal shopping service launched in 2011, fill out a style profile and AI uses this information to create a bespoke selection of clothing.

“Data science isn’t woven into our culture; it is our culture,” says Katrina Lake, CEO of Stitch Fix.

Instead of a team of personal stylists, Stitch Fix employs a team of 80 data scientists, overseen by Eric Colson, chief algorithms officer, who report directly to Lake.

The information Stitch Fix collects about its customers’ style preferences is behaviour capital and its use of AI to select clothing for individual customers are examples of cognitive capital. The company confidently purchases new stock based on its calculations of what its customers want.

“In effect, the bionic age has changed the relationship between supply and demand,” write Everson, Sviokla and Barnes.

2) Knowledge stocks to knowledge flows. Traditionally, companies held their hard-earned knowledge close to their chests, but in the bionic age, sharing is the name of the game. It might seem counterintuitive, but sharing information and utilising your network capital will become an major asset.

GitHub, founded in 2008, hosts the world’s largest open-source-software platform, used by more than 28 million developers working on almost 50 million projects. In 2018, Microsoft acquired the company for US$7.5bn. “Developers are the builders of this new era, writing the world’s code,” said Satya Nadella, CEO of Microsoft. “And GitHub is their home.”

“This acquisition made clear the extent to which knowledge flows, not stocks, will drive innovation in the tech industry in the future,” write Everson, Sviokla and Barnes.

3) Head-to-head to platform-oriented. Business is about competition, right? Grabbing your slice of the market and defending it against your competitors?

Wrong. This “multifaceted competition” might still be the way things are done in some industries, but if you look at the tech industry, where bionic companies are most prevalent, there are just a handful of dominant players – e.g. Apple, Alphabet (Google) and Amazon – and numerous lesser players feeding off their success.

Everson, Sviokla and Barnes predict that this “winner takes all” situation will soon be prevalent in all industries.

Become a bionic company. Zero in on your “bionic competence”, utilise behaviour capital, cognitive capital, network capital – or all three – to stake out new ground for your firm. Aim to be the winner who takes it all.

“You can’t know in advance whether you’ll come out on top in a winner-take-all competitive environment, but you can be sure that, with the right kinds of capital, you have a far greater chance to thrive,” write Everson, Sviokla and Barnes.