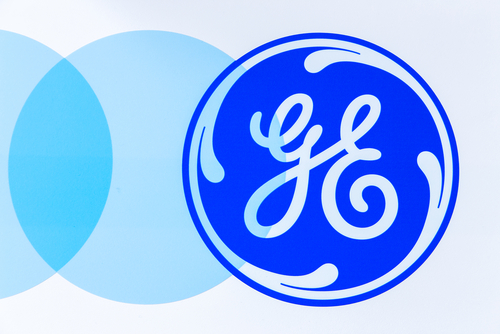 As he prepares to leave General Electric, CEO Jeff Immelt tells Harvard Business Review how and why GE had to change, and what he’s learned about the process of transformation.

Big into 3D technology and the industrial internet, GE’s transformation from traditional corporate conglomerate to digital industrial giant is CEO Jeff Immelt’s achievement and legacy. As he prepares to leave his job, Immelt’s lessons from the coalface offer important insights into how to achieve corporate transformation.

1) Refocused. When Immelt took over as CEO of GE in 2001, the firm was into everything, from pet insurance to jet engines. But with diversification comes complexity and opacity. At the time of the Enron scandal, GE was a firm where “one business had no idea what another business did”.

Immelt disinvested from non-industrial sectors and, because he believed future competitive advantage in manufacturing would switch from hardware to software, he used mergers and acquisitions to refocus the firm on the 3D and digital industrial sectors – making and servicing internet-connected products and the platform they run on.

2) Boosted innovation. GE was a $100bn company that couldn’t grow organically. Immelt believes scale should be an engine for change, not a brake on innovation. During Immelt’s tenure, GE doubled its R&D budget to $4.8bn globally, betting big on additive and industrial digital technologies and investing heavily in software development.

3) Took GE global. When the developed economies are growing at 4% per year, business is easy. Not so when 1% growth is the norm. Boosting productivity is about “getting to faster-growth parts of the world at scale”. To achieve this, Immelt set up the Global Growth Organisation, “a group that gives local and regional managers the power to drive growth in targeted countries”.

4) Went agile. When big companies fail it’s often because they’re spending money where they shouldn’t be and can’t free up resources to make changes in the right places. Spending money on recruiting the “digerati”, investing in software development, and using digital internet technology to improve outcomes for customers meant GE had to cut costs and decentralise. Immelt adopted a lean startup approach driven by a new, more dynamic set of core GE beliefs.

1) Focus on the long term. Make sure all your initiatives make sense in the context of your long-term goals. GE couldn’t go digital industrial until it had rationalised its portfolio, invested in appropriate technologies, and simplified its organisational culture.

As a leader, it’s up to you to maintain momentum. In 2011, when GE launched its Global Growth Organisation (GGO) to dramatically boost its presence in emerging markets, Immelt spent over half his time in growth regions, helping to keep the programme on track to deliver its objectives.

2) Take your time. Read, contemplate, listen: good leaders don’t do knee-jerk reactions. Immelt calls this “soaking”. During the period of upheaval following the financial crash, the US sought to protect trade and boost exports by negotiating free-trade deals with Europe and the Pacific rim. But Immelt felt that what people wanted was jobs in their own countries. His considered solution: the Global Growth Organisation.

Putting foreign operations in control of their own marketing, R&D, sales and manufacturing not only creates jobs in local economies, but it also makes those operations more responsive to local needs. The success of GE’s global strategy has seen its workforce outside the US grow by 10% since 2010, while foreign revenues have increased by 5% in the same period.

Jeff Immelt believes being curious, thoughtful and considered are leadership traits that trickle down through the organisation, helping to inform corporate culture and leading to a change in the way the organisation interacts with the challenges facing it.

3) Make it “do or die”. When Immelt was teaching GE’s executive development programme, he would tell the students: “if we don’t become the best technology company in the world, we’re doomed.” He says it was his assertion of existential crisis that created the sense of urgency and commitment necessary to push through major organisational change.

Creating digital organisations within each of GE’s businesses and using new, company-wide metrics to evaluate personal performance every 60 days helped maintain a blistering rate of transformation. But Immelt insists he wasn’t deaf to his officers’ concerns. He says he regularly invited individual GE officers and their partners for dinner with him and his wife to listen to their views. But the bottom line was immovable: employees were required to get with the programme or get out.

“You make a move like that,” Immelt says, “you’re committed.” But as leader, you’ve got to be the one pushing things forward, that’s why you need to “soak” before you start; you’ve got to be sure you’re making the right move.

5) Stay the course. Change making requires resilience. GE has, over the past five years, written off over $300m of its investments in battery and thin-film solar technology. The firm believes energy storage and solar are essential to its future, and is committed to creating value in the sector by investing for the long term.

It’s a strategy that pays dividends: at the peak of the financial crisis from 2009 through 2012, GE doubled its investment in jet-engine technology. At the Paris Air Show this year, the company netted $30bn of orders – its competitors took only $2bn.

6) Adapt. Nothing turns out exactly as you originally intended; any long term strategy requires a flexible approach that adapts to unforeseen eventualities. When Immelt began the move to digital industrial, he had no plan to create the Predix platform. But having employed people from Microsoft who knew the value of being the operating system, the plan changed.

Rather than creating an operating system solely for its own apps, GE increased its investment in digital by $1bn and opened its platform to developers, customers and even competitors. “When you undertake a transformation,” Immelt says, “you’ve got to be all in – you can’t be a wuss.”

7) Protect new talent. To transform, you need new blood, and you need to protect those new employees until they’re fully integrated into the organisation. To switch its focus to 3D printing and industrial-digital technology, GE had to bring in over 2000 staff from tech companies. While he admits there’s still “an industrial camp and a digital camp in the company”, he’s happy to back the new guys until they and the organisation adapt to the new status quo.

Jeff Immelt leaves an organisation whose earnings have tripled during his tenure, and which has doubled its order book in the last ten years. The corporation’s stock has nevertheless underperformed, but GE’s outgoing CEO says it will take years to fully reap the rewards of the changes he has implemented, and which he hopes the incoming CEO will continue to implement.

The key to transformation, he says, is never to consider it a done deal. Comparing the change process to trying to predict the finale of a TV series, Immelt says: “ At GE we are never in episode ten.”