Management styles: are you a Buffett or a Gates? 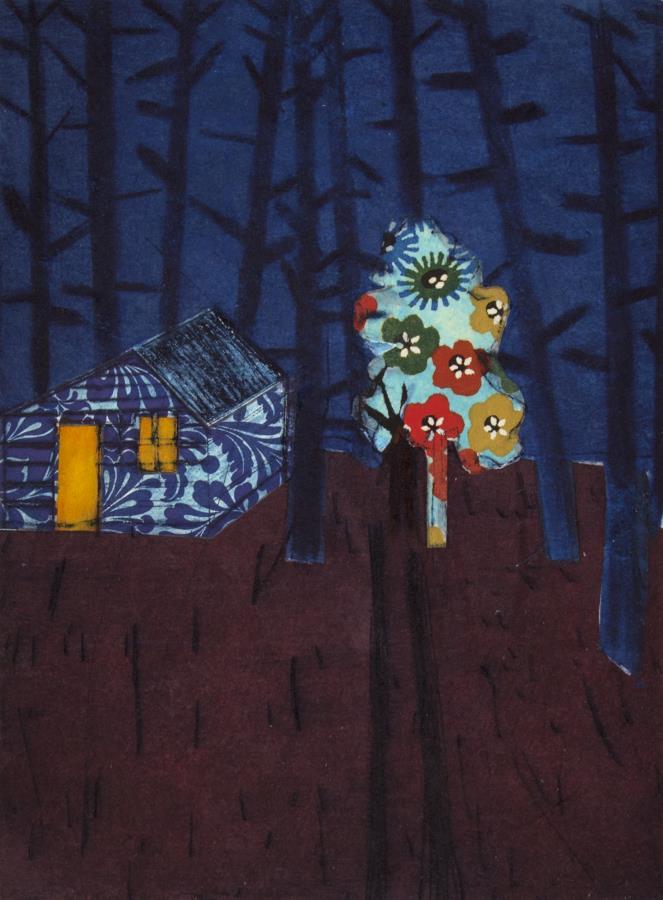 Every senior manager makes a critical decision every day of his or her working life. Mostly, the decision is unconscious, but is no less vital for that. The issue is simply stated with three questions…

Two friends provide a most remarkable case study of two totally contrasting sets of answers – the world's two richest men, Bill Gates and Warren Buffett. The software czar has kept his fingers in every pie and has ruled the actions of his delegates by constant and fierce interrogations – which have often reversed their decisions. The great investor (some of whose other ideas were discussed here last month) reserves only two functions for himself: allocating Berkshire Hathaway's capital (which he loves to do) and helping 15 or 20 senior managers to 'keep a group of people enthused about what they do when they have no financial need whatsoever to do it'.

The wholly owned companies managed by these people hold assets worth twice as much as Buffett's marvellous stock portfolio – in which seven major holdings from Coca-Cola to the Washington Post are dominant. The seven cost $4.4 billion: they were worth, at end-1998, $32.1 billion, out of a total share portfolio of £37.3 billion. The wholly owned assets, however, come to $80 billion, and the companies concerned employ 47,566 people, which is 60% more than Microsoft's roster.

In one sense, Buffett makes no distinction between the two types of investment. Whether you are buying all of a company, or just a fraction, you should, he believes, be vitally concerned with the same criteria:

1. Is the company simple and understandable?
2. Does it have a consistent operating history?
3. Does it have favourable, and predictable, long- term prospects?
4. Is the management competent and honest?
5. Is the underlying business undervalued?

The need for predictability and understanding rules out companies like Microsoft. Buffett doesn't understand the technology and has no intention of learning how. And Gates, even before he nearly missed the Internet boat, saw clearly that the technology has a mind of its own. His own titanic success, however, has been built on controlling the technology. By making MS-DOS and Windows the universal, all but inescapable entry into personal computing, Gates created a degree of market control that, until the Internet arrived, gave Microsoft's business a very high degree of predictability (and profit).

Control is basic to Gates's nature and his management practice. He has an obsession with detail and with checking up (he even used to sign expenses for his right-hand man, Steve Ballmer). The obsession is so well-known that few believed Gates's evidence in the Microsoft anti-trust trial. For astonishing example, when asked if he had ever read the complaint in the case, Gates said no. But did he know if the complaint made any allegations about a meeting between Microsoft and Netscape? Even though the latter's browsers were a huge threat to his business, his lame and incredible reply was: 'I think somebody said that that is in there'.

Thanks to the anti-trust case, the Internet and other developments, Microsoft's predictability has vanished. So, in theory, has the egocentric system by which the company was managed. Under the previous dispensation, groups (deliberately kept small) were continually formed and reformed to carry out specific tasks. Tight financial controls were applied, but the true organisational cement was Gates himself (backed up by Ballmer). As Business Week puts it, 'With decisions large and small funnelled to the top, the pair became a bottleneck. Worse, they undermined the confidence of managers below'.

Under the new organisation, which has the grand-sounding theme of 'Vision Version Two', Microsoft is split into eight new, customer-oriented divisions, each under a top manager who is supposed to exercise delegated, autonomous power over his domain – the classic system, derived from the military, of divide and control. Gates is supposed to stand clear of the day-to-day management of these divisions and to concentrate on broad strategy. The hope is that this will 'free Microsoft from its bureaucratic morass'. But even with the reforms, Gates's management is plainly going to stop far short of Buffett's practices and principles.

Buffett wants Berkshire Hathway's managers to think like owners. Since many of his chief executives actually did own the businesses before selling them to Buffett, that should come naturally to them. Buffett also likes to leave them with a significant stake (10 to 20%) to make the ownership practical as well as theoretical. Their rewards are tied exclusively to the achievements of their own businesses, not those of Berkshire Hathaway – a principle to which Buffett holds very strongly.

It's hard to argue with his idea that managers must be judged only by what they personally influence. The only contrary argument is where divisions relate directly to each other. If the managers are held responsible only for their own results, that intensifies the natural (but heinous) tendency to ignore other divisions, losing the potential, and sometimes essential, benefits of cooperation. That was one of the reasons for Microsoft's notorious inability to get people to work with each other across boundaries. You may need to have a significant part of the rewards tied to overall performance.

This doesn't arise in Buffett's case, though, because See's Candies has no conceivable connection with the Nebraska Furniture Mart or the Buffalo Evening News. It's therefore easy to treat each business and each CEO on their individual merits. Buffett gets regular financial reports, of course. Otherwise, CEOs can contact him (usually by phone) as they want (he rarely rings). They only have to follow some elementally simple rules. One of these rules, possibly the most important, runs as follows. 'If there is any significant bad news, let me know early'.

That is Buffett's 'only caveat'. He is clear that 'All of you do a first-class job in running your operations with your own individual styles. We are going to keep it that way. You can talk to me about what is going on as little or as much as you wish'. His other advice is of a piece with the above. 'Look at the business you run as if it were the only asset of your family, one that must be operated for the next 50 years and can never be sold'. He adds that 'We can afford to lose money – even a lot of money. We cannot afford to lose reputation – even a shred of reputation.'

This humane, collegiate approach is incomprehensible to many managers. The key to Buffett's ability to live up to his own credo is confidence in others. He truly means it when he congratulates his executives on their excellence. The more typical attitude elsewhere is:

1. You are not doing a first-class job, and will not do so unless I apply considerable pressure.
2. You will run your operation the company way (and my way), not your way.
3. I want you to keep me fully informed all the time, and will intervene forcefully if I don't like what you tell me.
4. If you bring me bad news, you may well be fired.
5. You will only run this business, or part of a business, for a short time and will be judged on your short-term results.

The great superiority of Buffett's system (or lack of it) is self-evident. A climate of confidence and freedom must surely generate better performance than one of suspicion and control. Yet in some ways, suspicion and control have ruled Microsoft – and its results have been sensationally successful. How can this paradox be resolved?

One answer is that both Buffett and Gates believe in financial incentives, making their managers extremely rich. Buffett doesn't like to use stock options, but his purchase prices have the same effect: the man who sold Buffett a company called Dexter Shoe in 1993 now owns Berkshire shares worth $1.5 billion. Even Buffett's generous bonus schemes – sometimes hitting six times the salary – can't compete with such rewards.

Nor can Microsoft compete with $1.5 billion. About a third of its employees are thought to be millionaires: a few veterans could be worth $100 million, but only a few. And the wealth isn't enough. According to the Wall Street Journal, tired of 'gruelling deadlines, frustrated by the bureaucracy that has accompanied Microsoft's explosive growth or lured away by the boom in high-tech start-ups, dozens of Microsoft's most capable leaders, all around 40, have opted out – at least temporarily'.

Microsoft's response, to reduce Gates's span of command, and give the new business unit managers more autonomy, was partly governed by 100 interviews with programme managers and team leaders. But stopping the brain drain will depend on the reality or otherwise of the autonomy that Microsoft's able, rich people understandably crave.

Meeting their wishes may come hard to a company which is accustomed, for instance, to having public relations people sitting in on interviews and taking copious notes of what the executives say to the media. Buffett doesn't even have any PR staff. It is, of course, unfair to compare a large, integrated corporation like Microsoft with a widely diversified holding company like Berkshire. But most companies can be readily split into discrete, free-standing businesses which can be managed and controlled along Buffett lines.

The secret is to treat the unit manager as a CEO in his or her own right. Don't impose targets, for a start, but let them tell you what they are going to achieve and how. Second, don't have a fixed idea of how long people (or yourself, for that matter) should stay running an operation. If they are happy and doing an excellent job, only move them if you both feel they are not living up to their full potential: or you have another, more important post for which they are ideal.

You should always have a reservoir of able internal candidates for any such promotion. Characteristically, Buffett delegates this aspect of his responsibility, too. Thus, his top managers were asked to 'send me a letter updating your recommendations as to who should take over tomorrow if you became incapacitated tonight. Anything you send me will be confidential'.

That, you may be sure, rarely happens at Microsoft or most other companies. It means treating subordinates as equals, as grown-ups who know their businesses and their people and who can be trusted with anything – from accounting honestly for their expenses to thinking about succession. Trust is what ultimately distinguishes the Buffett and Gates styles. On results, you would have to say that Gates wins – but that has depended far less on management style than on the ruthless exploitation of a monopoly position which is unlikely to last.

For the long haul, Warren Buffett's way must be best. As an associate says, 'somehow Warren has been able to keep a diverse cast of characters working harder for him than they did for themselves. I see it every day – and I still don't know how he does it'. Having read all the above, though, you will have a good idea of the maestro's magic methods. Use them.