Reorganisation: when and how to do it 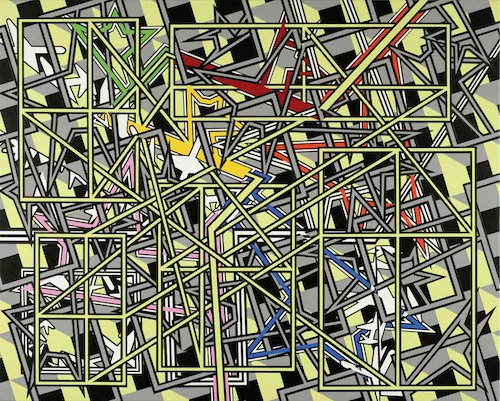 Market conditions change, and when they do leaders need to decide whether to respond by restructuring or reconfiguring.

There are two key reasons why a company might need to consider reorganisation, say Stéphane J.G. Girod and Samina Karim, writing for Harvard Business Review. One reason is that “companies need to periodically shake up their structures to reduce ‘organisational cholesterol’”. The second reason is that companies may need to “change strategic direction in the face of major industry change”.

If either of these applies to your situation, and you have determined that reorganisation is necessary, then the next thing you need to do is ask yourself these three questions:

1) Will the benefits of reorganisation offset the cost?

2) Can the reorganisation be completed before the situation changes again?

3) How extensive should the changes be?

Question 3 relates to whether the reorganisation should take the form of creating a whole new structure for the company, or should it just involve tweaking the one you already have in place. In other words, should you restructure or reconfigure?

Companies tend to organise themselves around a given structural archetype, such as function, business line, customer segment, technology platform, geography, or a mixture of these. Restructuring involves changing the structure type. It is a revolutionary change. For example, in 2013, Microsoft shifted from a business line archetype to a function archetype.

In a reconfiguration, the structure archetype remains constant but business units may be added, split, transferred, combined or dissolved. For example, in 2016, Novartis split its pharmaceutical division into Oncology and Pharmaceuticals, thus reconfiguring four global businesses into five. An evolutionary change.

Which approach you decide on will depend largely on two factors: “the level of dynamism or turbulence of your industry, and the urgency of your need for a strategic reorganisation”. However, while you should select an appropriate approach to the specific situation in which you find yourself at any given time, Girod and Karim argue that while businesses need to know which change to make, “executives shouldn’t choose between evolution and revolution… they should do both – in the right way, at the right time”.

Based on three decades of research, Girod and Karim have come up with a four-part framework that aims to help executives to restructure and reconfigure more effectively.

Restructuring might be the right option if your company is facing major industrial disruption. As the executive chairman of Cisco, John Chambers insists “true transformation can’t happen without radical, holistic change”.

If restructuring is the appropriate response, relying instead on a series of reconfigurations could weaken your position. This happened in the 2000s with IBM, when they downsized their hardware business and ramped up their digital efforts. Their strategy of multiple modest changes caused IBM to fall short of its goal to be a cutting-edge technology icon. Current CEO, Ginni Romett, is now pursuing a course of major restructuring and is turning things around.

However, if you are operating in a fast-moving market, restructuring could be too slow, and a better approach would be quick smaller-scale reconfigurations to enable the company to seize fleeting opportunities. In this situation, reconfigurations have been shown to yield better profits.

Major restructuring cause turmoil and tension, and they take at least three to four years to pay off, so don’t do them too often. Changing your structural archetype more frequently than every five years or so could lead to confusion and have a negative effect on performance and innovation.

Reconfigurations should be done more frequently than restructuring, but getting the balance right is tricky. Too many and you can end up accidentally restructuring or suffering change fatigue, or even reconfiguring yourself out of existence, like Texaco did.

Get the balance of restructuring and reconfiguration right and, like Dow Chemical, you could reap the rewards. Dow Chemical successfully restructured in 1985, 1995, 2000, and again in 2009. Post 2009, they carried out a number of reconfigurations, resulting in a doubling of their profits by 2013.

Whether you decide that restructuring or reconfiguring is the best option for your company, “the way you group and allocate activities and resources must play to your strengths and differentiate your company from competitors”, so don’t try to mimic the competition.

Citi and HSBC are a good example of this. While Citi organises itself on business lines, HSBC relies on a three-dimensional matrix composed of business, geography and function. HSBC’s approach is more complex, but it matches the bank’s overall strategy of offering customers seamless cross-border financial services at a premium.

Proctor & Gamble restructured itself in in 2005 and set itself apart from its competitors by centralising its resources to an extent formerly considered impossible. Johnson & Johnson reconfigured by merging two of its units, Arbrook, Inc. and Jelco Laboratories, and became more innovative and profitable as a result.

Whichever approach you take to implementing organisational change, decide in advance what physical and human resources will be needed to support the transition, and make sure you provide them.

4) Consider what else needs to change

What else needs to change will vary dramatically depending on whether you are undergoing a restructuring or a reconfiguration.

In the case of a restructuring, it’s vital that all the aspects of the organisation that need to change do so quickly, and preferably simultaneously. This is particularly the case when operating in a fast-moving market. Failure to do so can paralyse the company. When HSBC introduced its new matrix structure it broke down existing country-based silos and trained managers to stimulate a more collaborative culture. They communicated openly, explained their thinking and laid out their plans, and so managed to avoid the pitfalls of misalignment.

By contrast, in the case of a reconfiguration, the aim is to make sure that the changes only affect the targeted units, while leaving other areas of the company unchanged. This way you can create common ground during a time of disruption. When Accenture reconfigured its growth platforms into four in 2014, it retained its standardised approach to areas such as performance appraisal, IT systems and office culture and environment, resulting in relatively seamless changes.

Both restructuring and reconfiguration offer the CEO a vital and valid tool with which to reorganise the business. Leaders need to learn to successfully undertake both of these processes, and to clearly understand when to apply which approach. A balance needs to be achieved between well-spaced-out restructurings and more regular reconfigurations, bearing in mind that the latter shouldn’t be overdone to the point where chaos reigns.

A reorganisation of your business is your opportunity to accentuate your strengths and differentiate yourself from the competition as you either shake away the cobwebs or respond to external industry changes. Know why you are making the change, understand which type of change is required, and clearly define the scope of that change, and your chances of a successful reorganisation will greatly increase.