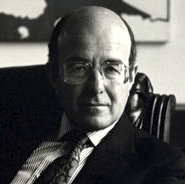 Robert Heller, management writer, editor, best-selling author and Leadership & Management Review’s founder, died at the age of 80 in August 2012 after a long illness.

Bob began his career in Fleet Street, working for the Financial Times before taking the post of City editor for the Observer. He went on to launch the magazine Management Today (MT) for Haymarket Publishing in 1966, and edited the publication from its first issue until 1983.

According to Andrew Saunders of MT, in those 17 years Heller “did more than any other single individual to put management on the map as a subject worthy of serious study and interest in this country”.

In recent years, Bob shared his expertise and insight with an even wider audience on ThinkingManagers.com.

And only two years ago he launched Leadership and Management Review to help executives and entrepreneurs keep up to date with the best articles from the world's best business media.

The Naked Manager was the first of some 80 books written by Heller, and is justifiably regarded as a classic. Others followed, including The Decision Makers, The Fusion Manager and The Essential Manager’s Manual, as well as the Business Masterminds series, including studies on the likes of Bill Gates, Warren Buffett, Peter Drucker and Andy Grove.

Lord Heseltine, chairman of the Haymarket Group Board, told MT: “Bob Heller was responsible for a transformational change in British publishing.

“He brought rigour of analysis, flair for presentation and an obsession with quality to a world of publishing where these qualities were conspicuously absent.”

“To work with Bob was an honour, to dine with him a pleasure.”