Should your leaders seek dominance or prestige? 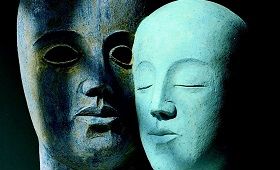 The two key motivations driving people to become leaders are dominance and prestige. So say Charleen R Case and Jon K Maner, writing for The European Business Review. When selecting a leader, you should be aware of which trait will work best in your organisation and, ideally, find someone capable of displaying both.

When assessing leadership candidates, look not just at whether they have the right skills, knowledge and resources but at why they want the role. This will tell you a lot about how they will behave as leader.

Those primarily seeking dominance want authority, power and control. Those mainly interested in prestige want admiration, respect and status. They may have a mixture of those motivations, but usually there is an overall tendency toward one rather than the other.

In deciding which approach will suit your team best, or whether a good mix is needed, you must think about your organisation’s culture and goals.

Dominance-oriented leaders are inclined to:

A top-down, dominant approach can be very effective when a solid plan is in place and a highly coordinated, unified effort is needed to deliver it.

When launching a new product, for instance, a dominant leader can make each part of a company stick to clearly defined actions. If meeting the launch deadline is more important than allowing scope for free thinking, dominance can save time through quick and firm decision-making.

Organisations with a tradition of strict command chains and following orders respond well to dominant leaders. In fact, without strong leaders their staff may feel they are lacking the guidance they need to perform well.

If being creative, innovating and thinking outside the box are important in your organisation’s work, a prestige-orientated leader is a good choice.

Think of an advertising team, for example, in which staff are empowered to consider new and unusual campaign strategies. Without necessarily leaving team members entirely to their own devices, the leader can be involved in a way that helps the team develop its own vision. He or she may also step in to distil the outcomes of free thought into a workable strategy.

A prestige-orientated approach works well when teams have enough time for non-linear development of solutions, and their members have the necessary knowledge, ability, motivation and self-sufficiency. Solutions take longer to emerge but they are often more innovative. Empowerment, freedom to take a chance, equality and respect for each other’s views are characteristics of the cultures in which this works.

Case and Maner argue that the best leaders are those who can switch between the two approaches according to need. For instance, in the early stages of a product’s development it makes sense to use the prestige leadership style to generate creativity. When the product is ready and a plan for its introduction has been set, a dominant leadership style might be more effective in delivering it on time and on budget.

Leaders with strong tendencies toward one or other of the approaches should be prepared to temper their style on occasion.

An excessively dominant leader may end up greatly disliked by both team members and peers, leading to poor staff morale and, as a result, counterproductive leadership. He or she should actively try to be more sensitive to others’ feelings and views.

Excessively prestige-seeking leaders may care too much about what others think of them and too little about the organisation’s needs. In doing so, they may fail give teams the guidance and direction they need. They should set clear goals and expectations, and gain trust from their staff so that relationships are not harmed when they need to make an unpopular decision or give negative feedback.

Your challenge, when appointing leaders, is to find someone with the ideal blend of motivations for your organisation’s culture. Better still, that leader should have the discernment to know which approach will give the best outcome in each task and situation.