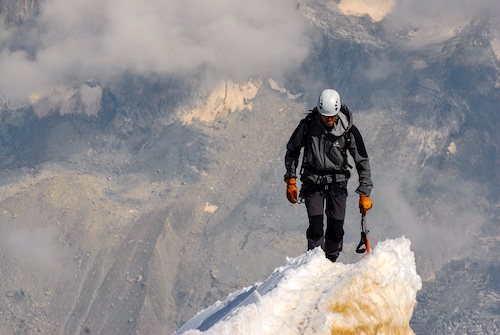 It’s the company you keep – in work and out – that colours your journey to the top.

The tactics most likely to increase your success as a CEO are not what you might expect, writes Peter Vanham for the World Economic Forum.

Forget conventional business doctrines; tap into the pearls of wisdom Vanham gleaned from the 20 highly experienced worldwide company leaders he interviewed for his book, Before I Was a CEO. The author asked what habits and rules the CEOs adopted as aspiring young executives and which ones they thought had helped them most over the course of their careers. They gave some surprising answers chiefly focused on where you spend your time and with whom.

These three philosophies were key to their ultimate success:

1) Take time to enjoy the ride. Some people have their sights permanently fixed on climbing the career ladder. But gaining experience, seizing challenges, appreciating the moment and spending perhaps a decade learning exactly what and who excites and inspires you will create a well-rounded base to rise from.

The tip a previous boss gave Patrick De Maeseneire (CEO of the Jacobs Holding and previously CEO at Adecco and Barry-Callebaut) about not taking promotion too early still resonates: “He told me I’d go up like a rocket, but fall down like a stone.”

Taking on a broad variety of opportunities – particularly working abroad, often in far-flung countries – was another rewarding advantage for the CEOs Vanham spoke to. One of them – Barry Salzberg, former CEO of Deloitte – thought international experience was virtually essential to make it to the top later on.

2) Your personal happiness must come first. Yes, you read that correctly. A 24/7 work culture isn’t necessarily the most productive.

Vanham noted that most CEOs he spoke to – both male and female – had strong, long-standing relationships with wives, husbands or partners they had met while in their 20s. The consistent support of family and friends had a clear impact on these CEOs’ careers.

According to Vanham, when someone’s private life is going through a bad patch, then their work will often suffer too. So, it pays to prioritise your personal contentment over professional achievement.

“That doesn’t imply these CEOs don’t work very hard – but they do understand that personal happiness and professional success go hand in hand. And between the two the former is more important to get right than the other,” says Vanham.

3) Foster solid working relationships in familiar circles. Both Vanham and the CEOs he profiled in his book resisted the vagaries of the wider networking circuit to concentrate on affiliations they built as young people through education, religion or nationality.

“I discovered that myself: the first interview I got was with Paul Bulcke, the CEO of Nestle, who is Belgian and had been part of the same student organisation as me. Several other interviews also came about because of my active participation in the network of Belgians abroad.”

Remember that a successful career is a fulfilling journey, not a high-speed dash for the summit. Vanham believes the wise words of today’s CEOs have a lot to offer the leaders of tomorrow.