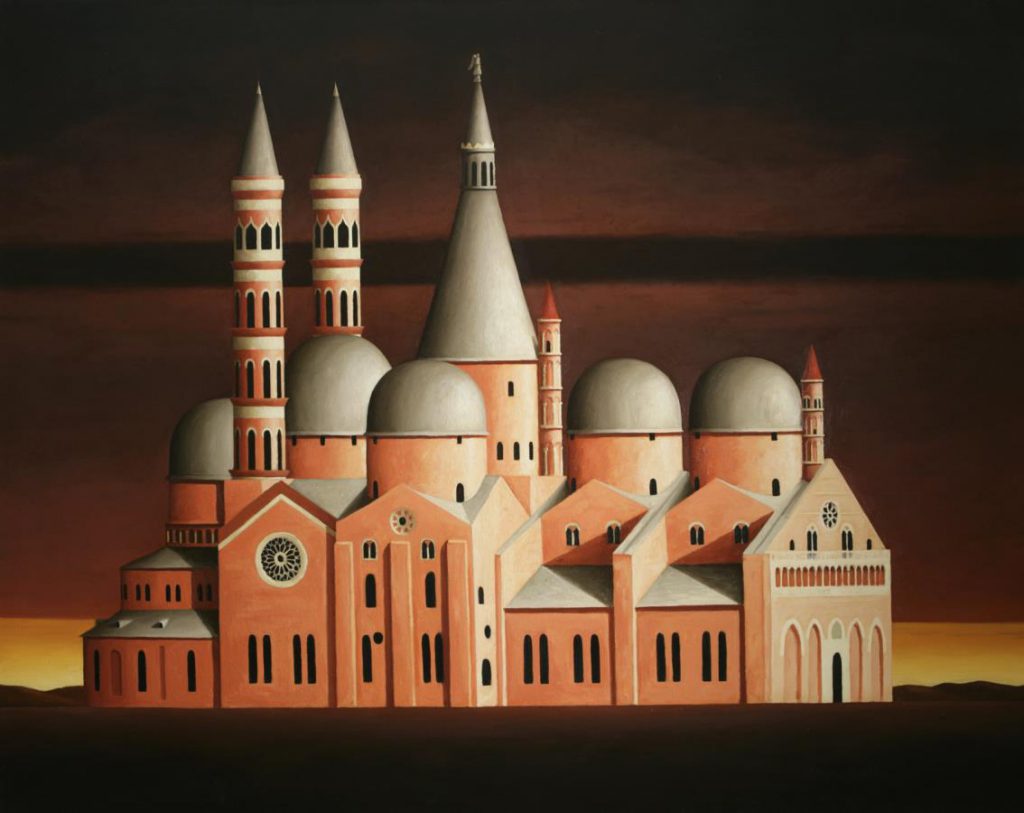 Few managers today can have escaped exposure to the management industry. They have very likely been taught some aspect of management, been exposed to some new (or once new) management idea, worked alongside expensive management consultants, come across an interesting article in a management journal, even read a whole management book (even if it’s only The One-Minute Manager). All these now familiar exposures trace back to the same source: the Austrian-born writer, lecturer, consultant and management guru Peter Drucker.

In one way or another, armies of managers have sat at his feet, either literally or metaphorically. He died in 2005, at the great age of 95, but his legacy is certain to live on. Even if his books should lose currency (and this is a fickle market), the ideas contained within them cannot fade, for the simple reason that most are right.

Drucker specialised in the most powerful of all the management techniques – applied intelligence. Like the best of spies, he found out truths (including those which people wanted to conceal) and drew the right, commonsense conclusions from what he saw.

This didn’t endear him to all academics, even though decades of teaching, notably at New York University and the Peter F. Drucker Graduate School of Management at Claremont in California, were evidence enough of his academic status. But, then, Peter didn’t find academics universally appealing either – witness an exchange we had when my daughter Jane was about to go to the Fontainebleau institution, INSEAD, to study for an MBA.

Peter made a disapproving face. ‘That won’t do her any harm’, he said. I protested: ‘It’s only for one year’. He looked at me: ‘That’s why it won’t do her any harm’. He was famous for asking what it was which business schools taught that was any different from the lessons imbibed by economics students down the ages. There was no real answer. The quantitative studies which preoccupied the B-schools were not, in Peter’s view, much use in real management. As a humanist to his fingertips, Drucker knew that business rested on the optimum use of human potential – which meant much that couldn’t be measured or quantified.

This didn’t imply any disregard for numbers, or any other factual tools. Drucker was no mean prophet. This ability – which made him, for example, first to identify the unstoppable rise of the knowledge worker – was based on factual observation. What Drucker saw was available to anybody. The difference was that Peter absorbed what he saw happening and projected the observed present into the probable future.

The use of applied intelligence in this way has huge commercial value, as Drucker showed when he observed that the post-war baby boom was inevitably resulting in a sharp rise in the number of potential college students. Couple this with another observed fact – the rise in the proportion of young people seeking a college education – and the consequences were very obvious: a great expansion in university places would be required.

The established suppliers, however, didn’t see this inevitability. It was left to newcomers to exploit the student boom, to their own great profit. Such a development was no surprise to Drucker. The fallibility of mankind, which often leads people to act against their own best interests, is another observable fact. As he once noted, incompetence is the only commodity in inexhaustible supply.

That sounds highly pessimistic. But Drucker seldom veered away from his optimistic view that anything and everything can be improved, if the right questions are asked and the right answers activated. As a consultant of unique authority, that positive attitude gave him high value. For example, GE’s Jack Welch consulted Drucker at the start of a 20-year tenure that created billions of wealth for shareholders in the company – and was asked two questions:

Welch’s answer was his famous dictum that any GE business that was neither leader nor runner-up in its market, and couldn’t reach those heights, would be closed or sold. The results earned Welch the nickname ‘Neutron Jack’, after the bomb which destroys all the people, but leaves the buildings intact. But Welch moved on to create new growth in a saga which illustrates one of Drucker’s many highly original ideas – named ‘the theory of the business’. It demands getting truthful answers on four key points;

Even if your answers are four resounding cries of Yes!, the theory of the business won’t last forever. Drucker was fully aware that change is inevitable, like it or not: ‘A theory of the business always becomes obsolete when an organisation attains its original objectives’. That’s why he advised use of ‘abandonment’ – meaning that every three years you should challenge every product, service, policy and distribution channel with the question, ‘If we were not in it already, would we be going into it now?’ – the self-same question that led to the revolution at GE. But Drucker adds three more
queries:

Note the simplicity of the questions – Drucker believed in making himself understood. He also insisted that preventing collapse required studying the customers – and, very important, the non-customers: ‘The first signs of fundamental change rarely appear within one’s own organisation or among one’s own customers’.

It’s now a statement of the obvious that ‘there is no business without a customer’, but Drucker was the first to articulate this bedrock truth – and thus gave birth and validity to a whole dynasty of marketing pundits.

COLLAPSE OF THE THEORY

The theory of the business obviously stems back to Drucker’s foundation work, Concept of the Corporation, based on unprecedented access to General Motors and published in 1945. This research into the first truly modern corporation more than made up for Drucker’s own lack of direct management experience or business exposure. It’s a piquant fact that a week or so after his death GM announced closures and layoffs that demonstrate all too harshly what happens when the theory of the business collapses.

Today’s loss-making GM is paying the price of listening to its inner voices and ignoring over many decades the external voices of those who bought and didn’t buy its cars. The upshot may well be forced takeover. Yet this isn’t the result of sudden and unforeseeable events. Rather, it exemplifies the power of Drucker’s prognosis. GM got locked into the mindsets which befitted a colossus with once had half the huge US auto market, a strong global position, a track record of successful acquisition, and an unassailable lead over the competition. As for those customers, they by and large bought what GM wanted to make. When deviants appeared in large numbers – buying VW Beetles, then US ‘compacts’, and finally Japanese vehicles of superior quality, the Detroit management ran through cycles of denial, delay and imitation, accompanied by management shake-ups.

Since the ingredients in the shaker were much the same, none of the solutions even recognised the problems adequately, let alone solved them. Drucker was never surprised by such failures. He had applied a simple formula to the complexities of management.
This boiled down to….

I’ve capitalised the third stage because of its final and definitive importance. Thanks in very large part to Drucker, ignorance of what to do and how has lessened markedly over the decades since 1954, when Drucker, having discovered an almost total absence of valuable management literature, filled the gap with The Practice of Management. But taking effective action is honoured mostly in the breach because of psychological inhibitions and structural weaknesses.

This massive deficiency was a phenomenon that Drucker never let alone. What has been described as his ‘signature management concept’ is Management by Objectives or MBO. It’s a logical concomitant to his advocacy of decentralisation, which he discovered in his GM researches. Drucker was the first writer to stress the importance of setting objectives, installed as the first of five basic management operations, or pillars, the others being organisation of the group, motivating and communicating, measurement of performance, and developing people (very much including yourself) .

Since setting objectives intimately involved and deeply affected all the other four pillars, lovers of panaceas were quick to transform Drucker’s concept into a complete management system, starting at corporate level with strategic management objectives and cascading down through job specifications to individual objectives aligned with the corporate ones – with a universal management information system as final control.

Getting results was to be as automatic as pressing a button, which made MBO systems very attractive to many top managements – but not to Peter Drucker.

As I noted earlier, Peter was essentially a humanist, who believed profoundly in treating people like human beings, not as automata. The authors of a debunking book entitled The Witch Doctors were right in concluding that Drucker was trying ‘to create a balance between what was best in both the humanist and rationalist’ schools of management. Actually, the need for that balance goes without saying. If you want managers and other employees to manage rationally – and you do – then people policies must defeat the negative, irrational organisational forces and achieve an alliance of the factors of change and improvement, running throughout the company.

The flavour of Drucker’s people philosophy comes across clearly in his guidelines for recruitment – the alpha and sometimes the omega of organisational success. Hiring managers have four questions to ask, not of the candidate, note, but of themselves:

The advice which Drucker offered, to the young candidates and captains of industry alike, very often flew in the face of conventional wisdom. The great manager, like this great thinker, needs to challenge above all (advice also given by Edward de Bono). As Jack Beatty summarised them in The World According to Drucker, getting results hinges on eight contrarian propositions:

Note that teaching, rather then preaching, is the essence of Drucker’s thought and guidance. He saw the folly of panaceas and watched with justified cynicism as the latest management cure-all soared up the charts, heading towards certain eclipse. Whether they know it or not, though, effective managers will be following in the great man’s giant steps for decades to come.