The market is changing and marketers must keep up 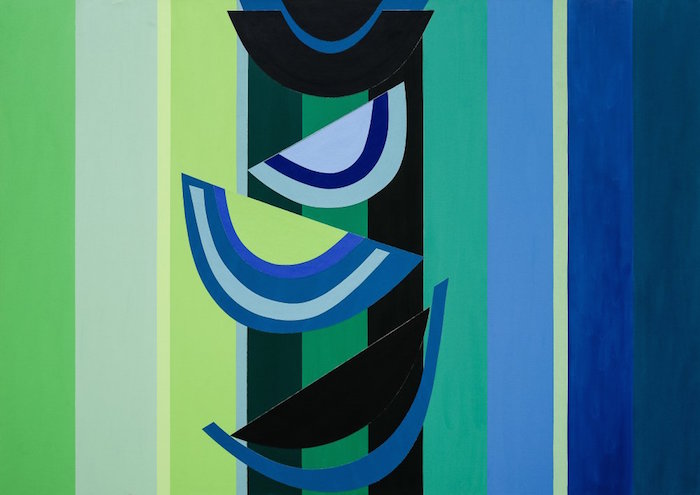 The demographics of the future won’t be the same as those of the past, or even the present

Marketers need to be aware that “older demographics that exist today will be wiped out and new ones will emerge”, says Charlotte Rogers writing for Marketing Week. The cost of living is rising and consumers are struggling to get on the property ladder. This will impact on the life trajectories of different demographics across the UK. Rogers warns: “the consumer groups marketers target today may not exist in the same capacity in the future – if at all.”

Research undertaken over five years by Experian shows that there has been a significant polarisation of wealth, “creating a marked gap between old and young, homeowners and renters, high-net worth individuals and the rest of the population”. The marketers of today need to be targeting consumer segments as well as demographics. Rogers identifies three key segments of consumers that we need to tailor our marketing to.

The demographic group that would once have been known as the ‘first step on the ladder’ generation has turned into a generation of renters. Experian analyst, Richard Jenkings, describes this demographic as the “jilted generation”.

They are less well off than their parents and grandparents because of:

They behave differently to how their parents or grandparents did at this same stage of life. Instead of spending their money on DIY and home improvements, they spend it on holidays and cars. They might not care too much about their rented home, but they do care about their careers and having fun.

To sell to this group, it’s crucial to understand what they want and to offer it to them via the mediums in which they operate. They are mobile, preferring to receive information via their phone or tablet.

They respond best to:

Jenkings says that for the insurance or banking sectors to really appeal to this group, “brands must…create app-based products”.

Digital banking platform B was launched by the Clydesdale and Yorkshire Bank Group (CYBG) in May 2016. “The app’s design was intended to position B as a stylish tech-focused brand that did not look, feel or sound like a bank.” 50% of the people who signed up to the app were 35 or under.

As well as understanding how to market to the current younger generation, it’s crucial to understand that, as this generation ages, they won’t simply slot into the spaces occupied today by their parents and grandparents. In the future, “they will not represent the same market for goods and services”.

This is the group of confident homeowners in the middle-age bracket. This group is juggling careers with family commitments. They often have long commutes and are reasonably comfortable around technology.

Age brings with it the advantage of experience, and this group is likely to have additional layers of responsibility at work, reflected in an increase in average income compared to the younger generation.

They typically spend their money on:

They’re making more money than the younger generation but what they don’t have enough of is time. Being time-poor means products that offer them “a tangible time saving benefit” are very appealing to them.

To engage these time-poor consumers, online investment company Nutmeg emphasises the ease of use and the lack of jargon of their online product. “We talk to this group about how they can have a smart, diversified portfolio, as well as how they can interact with us in an easy way.”

While this generation are reasonably tech savvy, for them it’s a means to an end. Although they will engage with social media, the best ways to reach them are through:

In January, Peugeot launched their ecommerce product, which is aimed directly at this time-poor group who are known to typically book their holidays and manage their pensions and mortgages online.

“With the new ecommerce product you physically don’t have to leave your armchair to buy a Peugeot,” says Jenkins. “For this demographic it’s more about control than convenience.”

These are not the retired wealthy, nor are they poor pensioners. These are the group in between, who have spent decades working their way into bigger and better houses, and now own their home outright.

The key thing this group wants is to find the best deal. They are keen savers and relatively risk averse, but they want the best return on their savings. They like familiar brands but would be willing to switch if the deal was right.

They are likely to spend their money on:

This demographic is looking for a good deal and appreciates being rewarded for loyalty.

When Peugeot speaks to this group, they communicate through direct mail and email, and focus on rewarding loyalty. “This group is looking for something specific, so we tend to address them through discreet CRM channels and only talk to them about the value proposition at a time when we think they’re looking to buy,” says Mark Pickles, Peugeot’s marketing director.

When Nutmeg are talking to this group, they focus on their product’s ease of use and transparency. “We want to articulate how a brand like ours is really easy to use and interact with, and we’re very clear about what you get with us,” says Katie Prentke English, Nutmeg’s CMO. Nutmeg aims to empower this segment by providing them with the right tools, such as a pension calculator.

In the short term the ‘home equity elders’ will spend money much as expected, investing in DIY for their homes and gardens. However, as this group shrinks and eventually gets replaced by the rental generation, the demographic will change dramatically.

Not only will their personal spending change, but it will have a knock on effect on other demographics: “When they become pensioners…they will not be able to release the equity in their homes, removing a dam of money that would previously have rippled down the generations.”

Marketing to each of these groups requires an understanding of who they are, what they want, and how best to reach them. Each segment behaves differently. The younger generation tend to favour brand, the home equity elders can be tempted to try something new if it’s a bargain, and the middle-aged group fluctuate between making a purchase based on status or affordability.

In addition to focusing on how to reach these existing segments, “Don’t assume the future is going to be the same as the past,” says Jenkins. As the younger generation turns middle aged and then elderly, things will change. “There’s lots of evidence,” says Jenkins, “that while the immediate future might not be so different, a little bit further out some major things will happen.”