The power of statistics in business management 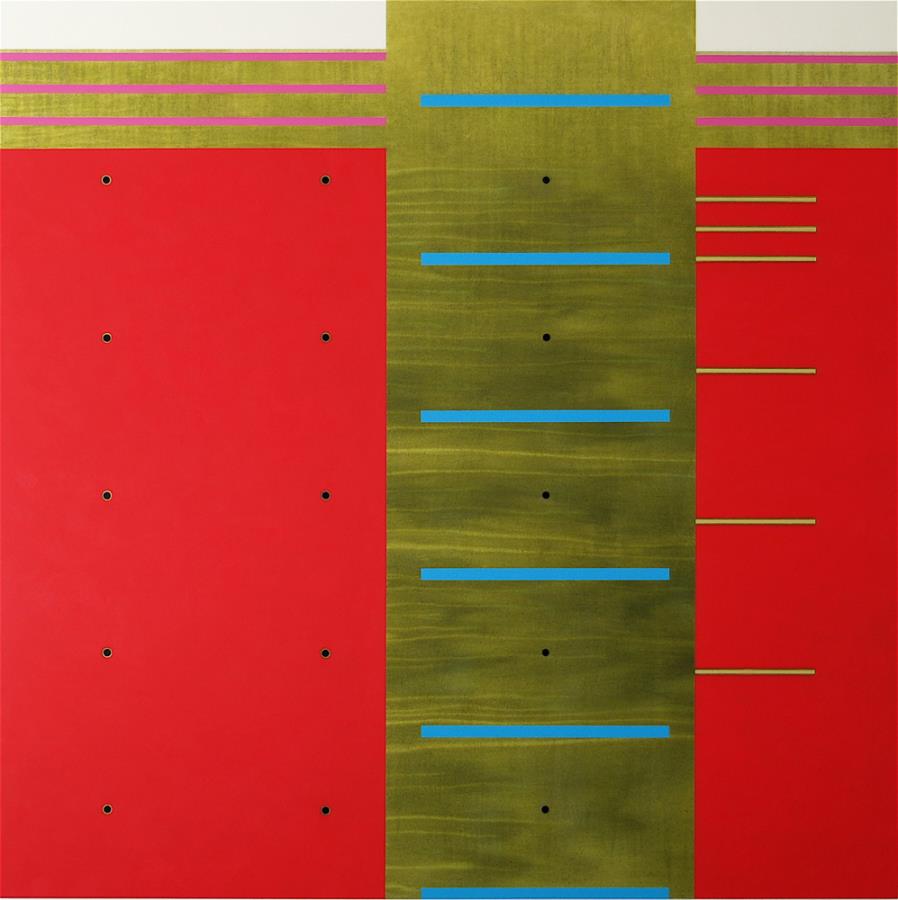 Management and numbers go together like Scylla and Charybdis.

Every manager knows that numbers, above all financial digits, are the essential guides which steer them between the rock of missing or fumbling real commercial opportunity and the hard place of serious business failure. True, 'soft' issues are important, even fundamental, but it's the 'hard' verdicts of the numbers that are decisive in the end – or so the conventional view holds.

But convention may be grievously at fault. That's the view of David Boyle, author of a stimulating book, The Tyranny of Numbers (Flamingo). He cites the father of scientific management, Frederick Taylor, who, armed with 'stopwatch and clipboard… measured every movement and gesture on the assembly line, but… missed out a key asset' – one in which his kind had 'no interest at all'. That was the knowledge, wisdom and skill 'locked up in the heads of their human cogs'.

Boyle goes on to quote W. Edwards Deming, the man who set the Japanese on the road to Total Quality. The author claims that Deming's 'attempt to measure quality…launched the modern business dash to measure the unmeasurable'. In fact, Deming was a statistician, an expert in Statistical Quality Control, which he didn't invent, but which does measure quality. SQC operates in highly scientific terms such as defects per million units of production, etc., and then tracks back to find the cause of any excessive faults.

As Deming taught the Japanese (acting on his own initiative, rewarded with the eventual institution of the Deming Prize for operational excellence), US wartime manufacturing experience showed that using SQC generates genuine, measurable, and rich rises in productivity. The Japanese took this lesson to heart and developed TQM on this basis. Its father is not Deming, but the Toyota production guru, Taiichi Ohno. Both Taylor and Deming, moreover, were highly interested in the contributions to management of human brains (not least their own).

It was Deming who famously observed that 85% of all operational failures are the fault of fallible managers, not failing workers. His point is irrefutable. Managers alone have the power to establish systems, and systems largely determine the quality of outputs. You couldn't have harsher proof than the collapse of Britain's rail system. The split of responsibility between Railtrack, put in charge of the infrastructure, and two-dozen separate companies, also privatised, and charged with operating the trains, would have been disastrous even without the imposition of three layers of control (including politicians) on top of the doomed edifice.

But Deming's 85% figure for managerial blame is not a statistic. It's another, more striking way of saying that management very largely or almost entirely bears the blame. It isn't even an estimate, since any estimate worth having must be based on measurable facts. But the great statistician's misuse of the 85% number rubs in a crucial point. The numbers that are essential in manufacturing systems, not just to measure outputs, but to act as vital controls, differ greatly from numbers used for other purposes.

That is especially and unfortunately true of financial figures. What else can you make, for example, of this cover page statement from Business Week? 'CEO John Chambers [of Cisco] still insists his company can grow at least 30% a year. But critics disagree, questioning Cisco's aggressive accounting. Some even say Cisco's earnings in the boom years were wildly inflated. Is Cisco really worth 95 times earnings?'

That short paragraph covers an encyclopaedic range of profound management issues. The easiest question is the last. No company is ever worth even 40 times earnings, let alone 95. I condemned the 40 times valuation in 1970, with particular reference to IBM. Over the decade that followed, the world's (then) most admired company proved my point by recording no rise in 'shareholder value' despite large and steady increases in earnings. They doubled: but the stock market undid all the good work by halving the price-earnings ratio.

Of course, in 1970 IBM was 'worth' 40 times earnings in one unarguable sense – the shares were being bought and sold at that level. But any measurement that fluctuates as widely and wildly as a share price is worthless for any other purpose. That's one of the issues raised by the Business Week front cover:

The answer to the question is all too obvious from the evidence unearthed by Michael Porter, the renowned Harvard business guru. His massive research project on the financial distortions of the dot.com era drew a blank on Cisco. Porter couldn't discover 'how much money Cisco really made in the 1990s'. Over $5 billion of charges related to acquisitions was written off over five years to 2001, continuing a practice that makes it 'nearly impossible to piece together how much Cisco actually invested or how much it earned on its capital'.

Porter believes it likely that, even in the firm's palmiest periods, it 'wasn't nearly as profitable in terms of return on invested capital as many believed'. The believers included Cisco's own managers, and doubtless Chambers. He prided himself on the real-time information systems that were supposed to give the top management unprecedented insights into day-to-day profitability – and more.

As Business Week acidly reports, 'Cisco was supposedly using the Internet to bind together its suppliers and contract manufacturers into a seamless whole, pointing the way to the corporation of the future. In fact, Cisco's "network organisation" did little to soften the impact of the downturn'. Nor did it save Cisco from a horrendous, $2.2 billion build-up of inventory. The most sophisticated numerical system that man can devise is useless if the operators are looking hard at the wrong numbers – in this case, the earnings per share.

That comes as no surprise to critics like David Boyle. He detects a backlash against the profit culture, pointing to an increased demand for businesses that are 'ethical investments', and for rising standards of corporate ethics. But shareholder and stake-holder influence on board and managerial conduct remains only minimal – except in cases of real scandal (like the fatal crashes on the Railtrack network), when the damage has already been done.

After all, how many long years separate the Ford Pinto disasters and the recent SUV tyre deaths? And how much had management's ethics improved over the decades? Both times, Ford was accused of placing one hard number, profit, before the soft issue of passenger safety. This focus on the short-term at the expense of the company's longer term interests is a potentially fatal defect of the stress on financial numbers (most recently, 'Shareholder Value') that has come to dominate management thinking and action.

The Balanced Scorecard strives to correct this wrong-headed approach. Devised by David Norton and Robert Kaplan, the Scorecard seeks to provide a fuller and fairer measure of corporate performance than financial figures alone. These form a vital part of the Balanced Scorecard, but so do other tangibles – typically customer measures and internal business processes. The Scorecard, however, has become more than a measure. According to Peter Bebb of Cedar Group:

'Currently, organisations are thinking about using the Balanced Scorecard as the basis for a comprehensive business management system, which integrates, simplifies and semi-automates planning, budgeting, measuring, reporting and rewarding, leading to a radical improvement in performance.'

There are unmistakable echoes here of the claims for comprehensive management by numbers made by John Chambers at Cisco. It has to be said, too, that the Scorecard's efforts to put hard numbers to the softer items are not always convincing. Thus, in the example before me, '% of IT plans developed jointly with IS' is a key and far from exciting 'customer measure'. In this Scorecard example, intangibles come under 'learning and growth', and are again subject to whatever tangible measures can be found (i.e., '% of projects with the proper tools and techniques').

There's not a word about ethical behaviour, either inside or outside the organisation. There could be (and maybe should), for soft issues have a habit of becoming horribly hard – as both Railtrack and Ford have discovered. The Balanced Scorecard might well deserve the strictures which Boyle aims at meaningless measures. But by encouraging managers to think carefully about what numbers they need, and why, the Scorecard is far more useful than the concept of Shareholder Value.

The importance of accuracy, and the dangers of profit targets, are graphically illustrated by events at Cisco. In a last-ditch effort (which proved futile as well as dotty) to achieve predicted second quarter profits, warehouse people at San Jose were ordered to pile boxed-up machines onto trucks before the final midnight. The boxes could then be counted as sales, and the 'profits' taken into the accounts. That was bare-faced deceit – but it turned out that Cisco's genuine sales shortfalls had another and deeply embarrassing explanation. Its much vaunted reporting system had a yawning hole in the middle. Sales were recorded at lightning speed, true. But the system didn't pick up the fact that customers, facing long waits for deliveries, were ordering twice or thrice what they needed.

Cisco's management saw the lengthening backlog (12 to 13 weeks), but didn't analyse the numbers to find the root cause. It's the classic error which is highlighted by the famous beer game reported by MIT professor Peter Senge in The Fifth Discipline. The players, covering the whole supply chain from brewer to retailer, only see supply and demand at their own individual level. Nobody sees the ultimate reality, which is actual beer consumption by the customers. Unwittingly, all the players overstock, with horrrible cumulative results.

Having been badly scorched by this error, Cisco now double-checks sales projections against monthly surveys of customers' expected spending over the next half-year. That's shutting the stable door after 2.2 billion horses have bolted. But the general lesson is clear and powerful. Managing by numbers demands accuracy, of course. But interpretation is equally essential. You need to know the why of numbers as much as the what – and sometimes the why will demonstrate that the supposedly accurate numbers (see Cisco, above) are highly misleading.

That's why my own consultancy work is based on qualitative rather than quantitative studies. That isn't to dismiss questionnaire researches on customer or employee satisfaction (the most common number-crunching surveys). If the methodology is sound, these surveys can spotlight trends and indicate possible problem areas. But hour-long interviews with staff or customers will uncover the motivations and personal factors behind the survey responses – which are open to obvious question.

For instance, what do different people mean when they say that your service is 'good' or 'excellent'? The answer is very important, because the 'excellent' replies come from people who are six times more likely to repeat purchase than those answering 'good'. That's the remarkable result discovered by Xerox when it analysed the overall numbers. Had management not dug down behind the figures, an invaluable truth would have been left on the table.

W. Edwards Deming used numbers as tools to improve performance, applying statistical laws to his numerical observations and using further numbers to confirm his findings. One law is that more than two coincidences are no coincidence. They indicate a systemic failing that requires urgent attention. Never ignore the science of numbers. Statistics is powerful medicine.