Warning: full board independence can reduce your profits 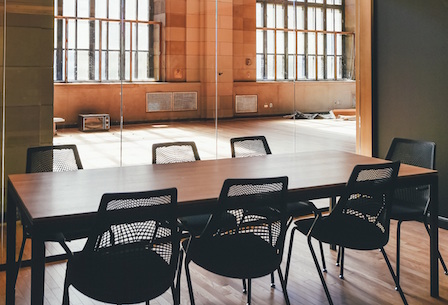 Company boards on which the CEO is the only employee are becoming the norm, but how well do they work? Olubunmi Faleye’s research presented in MIT Sloan Management Review suggests independent boards are actually detrimental to profitability.

In 1999, 36% of boards in America’s S&P 500 companies were of this kind, according to figures from ISS (Institutional Shareholder Services). By 2015 it had risen to 75%. A key driver has been the recent history of governance and accounting scandals.

The advantages of independent directors include:

1) Impartiality. They usually owe no allegiance or favours to the CEO.

2) Representation. They are in a better position to oversee the CEO and protect shareholders’ and stakeholders’ interests.

3) Connections. They give access to external resources and useful people.

4) Strategic focus. They have time to advise on strategy as they are less burdened with oversight responsibility.

5) Board size. They allow boards to gain the advantages above, without becoming large and unwieldy.

There are three main disadvantages to removing all senior executives, apart from the CEO, from a board:

1) Poorer information on which to base oversight and strategic advice. Other executives may have unique insights to offer. These can be channelled through the CEO but may be diminished by his or her interpretation and possible bias. Ad hoc attendance by executives fails to achieve the same effect as a continuous information-exchanging relationship.

2) Less familiarity with other senior executives. Interaction with senior executives allows boards to assess their abilities. When it comes to replacing the CEO, which is one of the board’s most important roles, a fully independent board will have a limited knowledge of potential internal candidates.

3) Lack of opportunity for senior executives to gain board experience. In the past, senior executives have honed their strategic development skills through participation as board members. Non-board-members promoted to CEO face a very steep learning curve if they have had little contact with the board and its decision-making processes.

The cost of full independence

Faleye quotes from a study in which he made more than 20,000 annual observations on the operating profits and corporate value of 2,900 S&P 1500 companies between 1998 and 2011. Around 46% of his observations took place when a board had more than one employee director and 54% when it was independent. The two groups were compared.

He found operating profit to be significantly lower, on average, in companies with a fully independent board. In some cases the difference was as much as 8.2%. In terms of market value and deviation from value maximisation, those companies also performed relatively poorly. The drop in performance was greatest in the first two years after companies internally appointed a new CEO without previous experience on the board.

Faleye’s results show that companies with more complex operations suffered worst when boards became fully independent. Their average decrease in operating profit was 8.2%, compared to 4.8% in the others.

The complex companies were characterised by heavy investment in R&D, and by possession of substantial intellectual property. In these cases it is hard for independent board members to come in and understand the business. They need regular communication at board level with senior executives who can provide expert information and guidance.

What should you do with your board?

Although Faleye has demonstrated that full independence is damaging to a business, he recognises that the individual independent members have an important contribution to make.

Regulatory demands are putting pressure on companies to include more independents on boards, but that should not be at the expense of reducing employee membership to just the CEO. However, adding independent directors without reducing employees can make boards too large to work effectively.

Faleye suggests a compromise. Based on the S&P 500 company median of 11 directors on a board, he recommends reserving three seats for employees and eight for independent directors. Provided that the eight are not overstretched by serving on too many committees, they should be able to concentrate on their strategic advisory and oversight role.

With two extra senior executives on the board, the independent directors will have access to the knowledge and information they need to make good decisions – including those related to CEO succession. In this way, companies can satisfy the regulators without sacrificing their value and success.