Why teamwork is even more important than you think 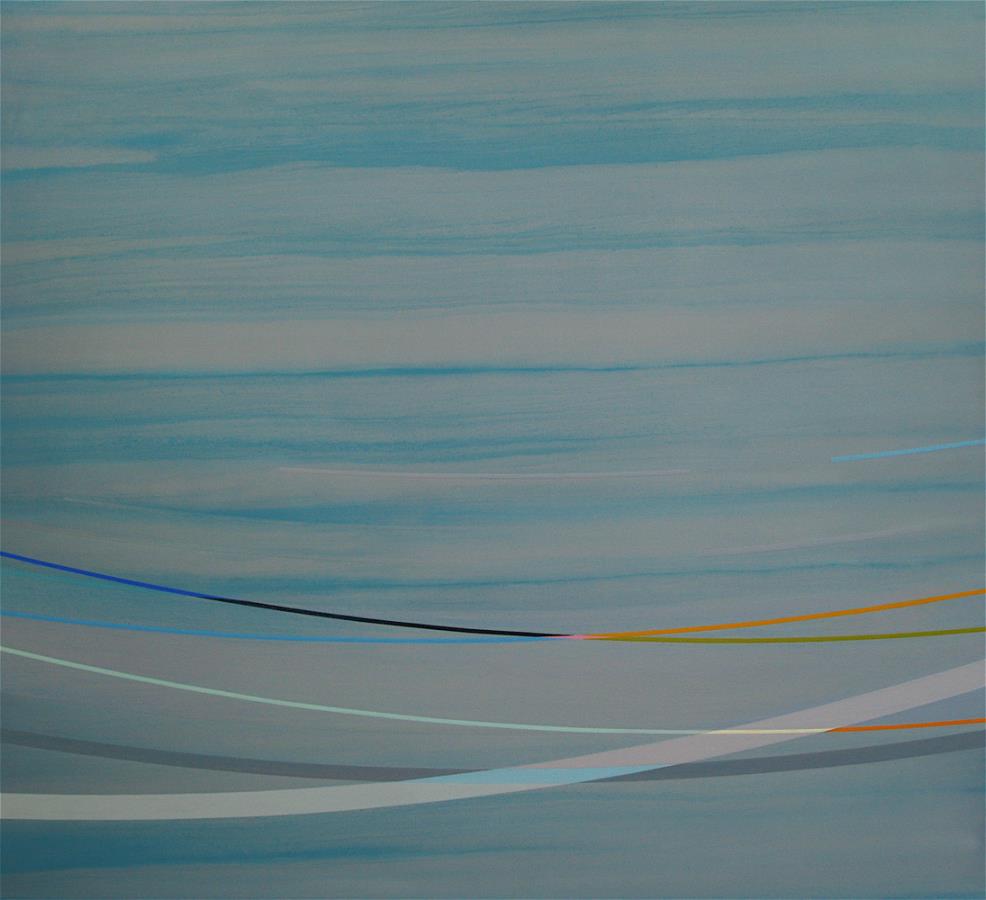 Artifical barriers between leaders and led are only one obstacle to true teamwork.

Interdepartmental and cross-functional rivalries – what Americans call 'turf wars' – are other serious hurdles, made worse by the fact that they are seldom overcome. They're known in sport, too. Try to persuade rugby forwards that they can learn from backs, or vice versa, and you'll usually get no more change than when persuading marketing to work (as it should) hand-in-glove with production, or either to cooperate willingly with finance.

The skills essential to the modern manager thus include the ability to work with other functional talents in teams – and to lead, not by the authority of command, but that of expertise. Team leadership, paradoxically, includes knowing when to hand over the lead to others, as their expertise moves to the fore. In games, this stems naturally from the functional demands. Only the quarterback can call the plays in American football: in rugby, lineout tactics are equally an expert function.

In the Pearl Harbour movie, Tora! Tora! Tora!, the decision to attack is discussed, in parallel thinking style, by officers giving their opinions one by one, without the to-and-fro of Western debate. Then Admiral Yamamoto sums up the meeting and gives the go-ahead. The task of planning the onslaught, though, is entrusted to the fleet's best strategist, who happens to be a young lieutenant. And his plan then gets a going-over from the best critic, a captain (he finds it perfect).

That's true teamwork in action. We previously mentioned that, when GM Europe was developing its Omega executive car, thirteen teams worked together, each containing all ten functions. A further crucial point is that project leadership changed hands as different stages stressed different needs. Some managers now spend half their time in ad hoc task forces, tackling specific problems or projects, whose success depends on deferring to the right expert at the right moment. Some experts play no greater part than the player who enters the Super Bowl only to kick at goal: but like his, the limited role may be vital.

All managers recognise the need to form small, self-managed, focused teams when a specific task must be completed. To take just one of countless examples, at Ciba, the Swiss chemical giant, a project designed to save millions on purchasing and warehousing costs demanded a core of a dozen full-time executives, taken away from their former jobs for four years, and helped by many part-timers. But why should the principle of horizontal, multi-disciplinary, cross-functional teams apply only to one-off projects? What about the continuing work of the business?

The guru-blessed tendency favours reorganising businesses into smaller sub-units, each given the fullest possible decentralised authority by a small, strategic headquarters. This goes hand-in-hand with removal of unnecessary layers of management; that 'de-layering' is the main cause of the new curse of executive unemployment. De-layering sounds an excellent idea; so it is, provided that management processes (as opposed to the structure) are reorganised round the fewer layers. If processes stay unchanged, the layers may vanish, but the duties don't. As a report from Exeter University's Centre for Management Studies says:

'…the removal of a layer of management which many companies have undertaken has meant that responsibilities from the moved tier have been reallocated to the levels above and below…the staff remaining have more responsibility, in some cases too much, which can lead to stress and inefficiency'.

Nearly one in three of the companies subjected to Exeter's research had 'been involved in organisational changes' in the past three years. Many firms had indeed decentralised. But an equal number had moved in the opposite direction.

Whatever the gurus propose, those who dispose have simpler thoughts. The decentralised business, eager for change, or forced into changing, centralises: the centralised outfit does the opposite. Top management has no trouble in making persuasive cases for either of the contrary changes.

Much of this 'restructuring' has been done in haste to cut costs, and with no thought either for team-building or the long-term future of the business. Top managements react much like unthinking sports selectors (of which England's rugby choosers, in the pre-Cooke era, and Test cricket selectors, more often than not, are notoriously bad examples). The team loses, so heads roll (but not, of course, those of the selectors).

In the days before Douglas McGregor's Theory Y became the norm, the Theory X hire-and-fire method of obtaining improved performance was thought to be effective. But nothing demoralises teams more, in business or sport, than arbitrary execution. Changes are essential from time to time, of course. But unless they are understood and endorsed by those who remain on the team, the results may be counter-productive. Arbitarily 'down-sized' or 'right-sized' companies may be leaner and fitter, but they won't have higher morale.

Nor will their leanness and fitness count for much unless they are part and parcel of a strong future strategy. The Exeter study's anxieties on this crucial point are supported by GMS Executive Leasing, whose Michael Dobson notes the 'insufficient attention…given to what the company's shape will be in two, five or ten years time'. Will the traditional layered hierarchy, for instance, continue to make sense – even with fewer layers?

Managers agree on the need to break down barriers between departments by forming horizontal teams. They are less eager to contemplate the radical solution of breaking down the departments themselves. The concept of the 'strategic business unit' – the decentralised sub-unit mentioned above – is the antithesis of departmental management. What justifies the latter's continued strength? Why retain large central functions, from marketing and sales to finance, if the organisation is subdivided into discrete businesses?

Some sub-units, of course, are so large that they can readily breed bureaucracies of their own. The centralising tendencies are always at work, because top management likes to manage – and requires human machinery to help. But there's an extreme alternative. A few companies, like Sherwood Computer Services, have developed the task force idea into an organising principle. The business teams organise themselves – and substantially take charge of their own destinies.

At one investment bank, the IT department (normally one of the most powerful and self-contained functions) has thus been broken up. Its members were dispersed to the different businesses, each of which is now armed with its own IT expertise. There's no reason why self-managed groups, each with full functional services, shouldn't be the building blocks of the organisation: and every reason why (to take a bad example) separate sales and customer service operations should cease to be separate.

The company gains in flexible speed and shared experience what is lost in tidiness. Anyway, the tidiness can be illusory. In 1993 Volkswagen, under extreme economic pressure, was making rapid (though belated) progress on raising productivity and quality by better teamwork in manufacturing: but all its other functions remained resolutely immobile. They simply weren't playing on the same team – or even, sometimes, playing the same game.

That is a gross failure of leadership, which raises a conundrum. The old principle had the virtue of clarity. As the sign said on Harry Truman's desk, 'the buck stops here.' There's something inherently unattractive about the idea that you can keep your head, and stay head, even after crass mismanagement. Justice seems to require that the team leader should pay the price of failure, even when it's not necessarily his own. But if the team is a genuine interacting group of equals, and any change should be handled with the consensual tact recommended above, shouldn't the leader be treated with equal respect?

Yet it's awfully hard to accept the protracted delays before self-evidently failed chieftains – at IBM, General Motors and Kodak, for instance – were removed. In these cases, like those where founding fathers of fallen British stars have vacated the premises, board pressure helped force the departures. But what had the same directors had been doing and saying while decline was gathering momentum? They could argue – as British political apologists have done – that where cock-ups are collective, rather than individual responsibilities, the individual shouldn't carry the can.

In other words, if the Cabinet acts as a team, it's unfair to single out one member of that team, even the leader of the failed department, for the blame. In theory, that poor excuse applies equally in business – for the board, or management committee, is just as much (or little) of a team as the Cabinet. In practice, however, this is mythical. Many such teams don't function as teams: they are dominated by one or two figures, and the rest go along for the ride. In those circumstances, it's only right that, when the vehicle leaves the road, so should the driver.

But the object of managing, of course, is to win: not only to stay on the road, but to drive powerfully ahead. If the teams had truly functioned as effective working groups, far better results would have flowed: and the executions would thus have been unnecessary. It follows that the prime task of true leadership is to create teams which, in the final analysis, lead themselves to success.