Why you can’t afford to ignore your ‘invisible’ employees 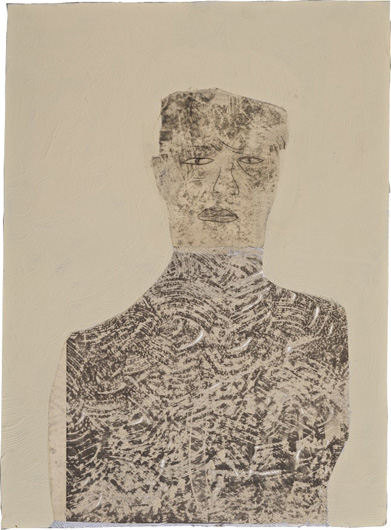 Writing for Harvard Business Review, David Zweig discusses a class of employees he calls “the invisibles”. These are extremely committed professionals capable of successful, high-profile careers but prefer to work away from the spotlight.

Zweig says that many of the invisibles he has met have been well paid and at the top of their fields, in charge of complex operations and sometimes hundreds of employees.

The author was curious to find out why these people seem satisfied with anonymity in an age when so many people are aggressively promoting their own “personal brands”.

“How can they have the confidence to do their demanding jobs and yet not the ego to want to be widely known for their work?” asks Zweig.

In his research, the author found that all invisibles share the following three traits, in spite of the diversity of their careers:

1) Ambivalence towards recognition. Although everyone carries out work that is anonymous to some extent, the vast majority of people strive for recognition to feed their own sense of self-worth. However, the invisibles don’t get distracted from the work at hand or their enjoyment of it by courting praise or fame.

In fact, explains Zweig, the better the invisibles do their jobs, the more they tend to disappear from view. Sometimes, it’s only when something goes wrong that they’re noticed at all.

2) Meticulousness. The author comments: “Meticulousness was so widespread and so deeply embedded in the work ethic of the invisibles that during all my interviews with them, I knew it was just a matter of time before they would utter the word.

“Witnessing them at their work, though, made the trait far more apparent and resonant.”

3) Savouring of responsibility. Zweig observes that power and visibility don’t always go together. Although we tend to assume that those at the top of the hierarchy and in the boardroom hold all the responsibility, sometimes less public figures are bearing much of the weight.

However, while invisibles are often essential to their organisations, they represent a challenge for management. They improve the overall tone and subtly raise the standards of those around them, but keeping them and enabling them to do their best work requires a different approach from the norm.

Although invisibles have always existed and have traditionally been undervalued by their managers, the challenge of leading them is greater than ever because the modern climate of self-promotion means they are at even more risk of being overlooked.

While recognition is not invisibles’ motivation, Zweig insists that  that leaders should nevertheless recognise them as model employees and team players, both to improve their job satisfaction and to lift performance across the board.

But the author says the first step is simply recognising who their invisibles are, and realising that there are probably more of them than they think. Many of them have caved in to the pressure of self-branding but are uncomfortable with it. They are frustrated and anxious because competing with the “noise” goes against their nature and are desperate to “step off the wheel” and focus on their work.

However, you can provide relief for them by actively promoting invisible values rather than self-promotion.

It’s also essential to reward invisibles. Although they don’t promote themselves, they have a good understanding of what they’re worth. Zweig even advocates inverting assumptions about the relative pay of fame-seekers and invisibles, noting that “for people who live for the limelight, recognition is a form of compensation”.

You can also keep yourself fully aware of employees’ accomplishments by setting strict times and avenues for reporting them – a short email every week or month, perhaps. This makes it easier for you to recognise the employees who do great work but don’t brag about it, and also creates a system where they are more comfortable sharing their achievements.

Most importantly, you need to think of ways to make the work more intrinsically rewarding. Invisibles are keen to develop their craft and appreciate working conditions that allow them to concentrate on what they are good at, as well as seeing that the work they do really matters.

The author also urges leaders to consider questions of organisational structure and workplace design in order to cater for invisibles. For example, if they’re doing similar work, should you group them together or distribute them across business units? If you’re not sure what to do, talk to them to find out what works best for them.

Zweig concludes by insisting that invisibles are “something very big”, adding that “there are strong correlations between their distinctive traits and exceptional levels of achievement and life satisfaction”.