Flawed leadership styles and how to avoid them 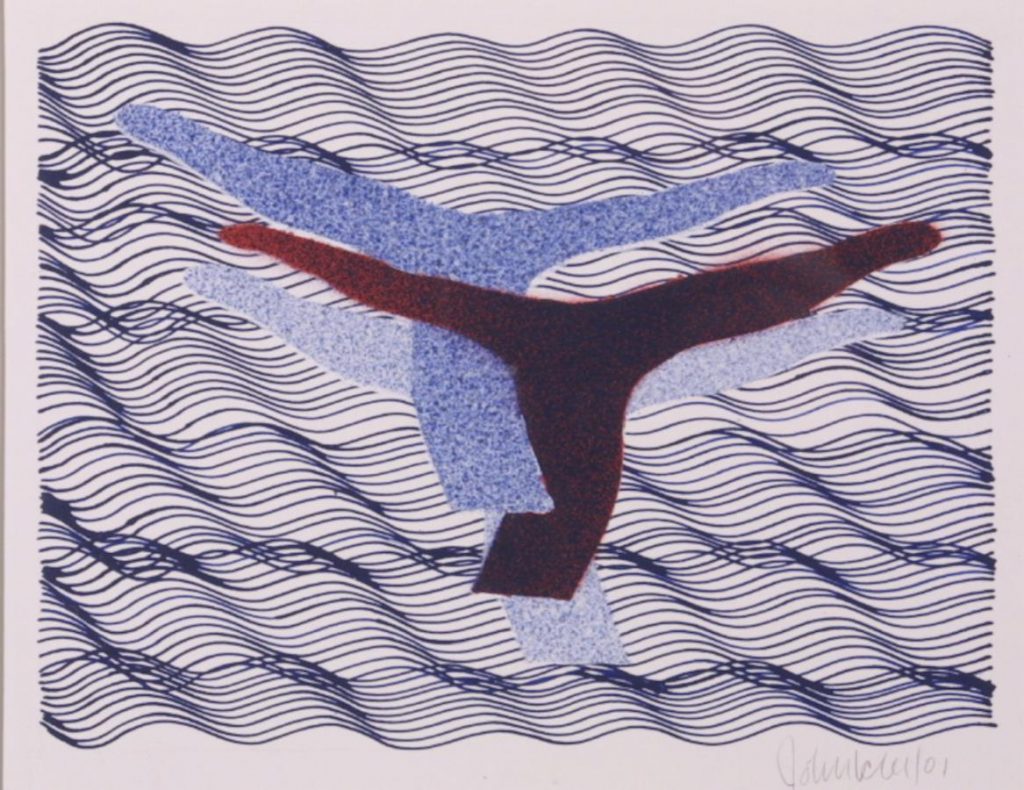 Why do business idols, both individuals and firms, develop feet of clay? For anybody who believes this cannot happen to their leader, or their organisation, or even to themselves, the best advice is ‘don’t be so sure’.
[block:block=15]
The very strengths that gave the idol its apparently ever-lasting power can, seemingly in a trice, be seen as the major weaknesses that have helped to pull the statue from its pedestal – just like all those cracked monuments to dead and despised dictators.

‘Dictator’ is a key word. Often fallen idols are the creations of dominant supremos, lords of the universe who allow no rivals near the throne, succeed brilliantly for a time – often a long one – while the force is with them, and then undermine their own empire as the force fails. Very often the once all-conquering drive turns inwards, and an arrogant, obsolescent leader makes bad and badly executed decisions.

You need look no further than Michael Eisner of Walt Disney, threatened by hostile actions on all sides, for an awful example. Small businesses are just as vulnerable to the ups-and-downs of a despot. The obvious answer – to outlaw despotism – is difficult to implement, since the despot is unlikely to agree: and you may, anyway, throw out the baby (entrepreneurial dynamism) with the bathwater. So a compromise looks like the right approach; the favoured cure is to install professional executives to supplement and partly replace one-man eccentricity (and egocentricity) with proper systems and a strong management team.

That isn’t easy, either: even if despots agree to appoint pros, they may well make it impossible for them to perform. Nevertheless, autocrats can sometimes be persuaded to step back far enough to allow their hired hands to build a lasting business – enshrining both the entrepreneurial spirit of the founding dynamo and the management skills of a true executive cadre. That eventually happened at Tesco, whose CEO, Sir Terry Leahy, has just been trebly crowned as Europe’s Businessman of the Year and Britain’s Most Admired Leader, running its Most Admired Company.

All this sprang from the drive of a great street trader, eventually Sir Jack Cohen, whose original philosophy was ‘Pile it high and sell it cheap’. In much the same way, Sir Marcus Samuel was another wonderful natural trader whose foundation, Shell Petroleum, long ago became the epitome of polished professional management. Blessed with a homogenous product line in world-wide demand, Shell ran with enviable efficiency year after year. Each successive top pro slipped as smoothly into the driver’s seat as Shell’s billions slid into its bank accounts.

Yet today the oil leviathan is sorely humbled. Its crude oil reserves have been massively overstated by methods so – well, crude, that industry experts are at a loss to explain the errors. Outsiders are equally appalled by the failure of chairman Sir Philip Watts to attend the press conference at which the horrors were unveiled: and by his conviction that the overstatement in no way reflected on his right to run the company. He ‘simply made it clear to the board that I am willing and determined to see the group through this difficult period’.

What the chairman told the board, however, is less important (and interesting) than what the board told the chairman. Watts has gone after absurd delay; he should have left at once – especially since he was previously in charge of the area where the erroneous calculations had been initiated. Did the Law of Buffett’s Belch apply? Warren Buffett has observed that, in his vast experience, for board members to criticise the CEO at a meeting was a grave breach of etiquette, akin to belching in public.

What adds irony to this indisputable truth is Buffett’s own long association with Walt Disney. What comment did Buffett, then a very large shareholder, make as Eisner overpaid himself grotesquely, lost the key subordinates who had really built the business, and made the ill-advised and ill-managed acquisition of the ABC television network?

Any criticisms (and it’s hard to believe there were none) were apparently ignored – even though other cases show Buffett (as at Coca-Cola) intervening with forceful finality when a CEO was endangering his investment. That’s an essential ingredient of the Buffett recipe for corporate success. You appoint the best boss you can find and leave him or her free to run the business as they see fit – unless or until their results demonstrate their incompetence.

The recipe does include a certain quantity of benefit of the doubt. Since you normally appoint top managers for long-term results, it makes no sense to expel them for short-term setbacks. Dismissal should follow only when the errors betray an underlying pattern of failure, coupled with an inability to learn its lessons. This principle, note, applies to dismissal at any level. You’re not a referee giving a red card for a single bad transgression.

Like success, failure requires analysis and understanding. In particular, you should investigate to see what part you played in creating the conditions for failure:

That short questionnaire leads straight to the heart of another crucial issue. The Shell slump is by no means uncommon. Managerial failures happen far more often than despotic debacles.

It was Herbert Ross, a superstar tycoon, who set up the doomed Time Warner: but it took hired-hand executives to hasten disaster by the internal politics and strategic vainglory that led eventually to the horrible merger with AOL.

(This much-hyped combination of the new technology with the old has wiped out the entire value of Time Warner’s equity).

The reality is that, just as despots become dangers with time, so, given half a chance, do professional managers. Far from combining the virtues of the good entrepreneur with the skills of the expert administrator, they can unite the vices of the bad businessman and the booby of bureaucracy. It took clumsiness of the highest order for Shell’s bureaucrats to miscount its reserves. As for the entrepreneurial qualities, Business Week calls the giant ‘the stodgiest of the oil majors, to be sure’.

Even more bluntly, an ‘industry source’ told the magazine that in a decade Shell ‘has gone from being a great global company to disorganised and leaderless’. The source thinks this extraordinary, but that isn’t the case. Corpocratic firms go through regular cycles of success, steady state, decline, decay, recovery, success – and so the cycle continues.

They are, of course, vulnerable to takeover and bankruptcy, either of which will interrupt the cycle. The root cause, however, never goes away. It is found in the increasing remoteness of the top management from the real business of the company, and the rising preoccupation of board-level executives with each-other, and not with the real world.

I once considered myself something of an expert on Shell. It only took one visit to The Hague to show me that I didn’t know the half of it. The seven managing directors – the all-powerful executive committee – had a handsome building to themselves, mostly each with an entire floor at his disposal (no ‘her’). The chairman’s secretary had an office large enough for an African dictator. I never discovered the size of her boss’s abode, since the interview took place round a table in an enormous reception room. The chairman entered from the wings – like an actor coming on stage.

It was not the most appropriate background for his presentation of plans, dear to his heart, to push power and responsibility down the organisation, and to increase independence of action and initiative. The plans included regular lunches at which the chairman met selected lower rank managers for full and frank discussions about the business. It later turned out, as you would expect, that the host thought more highly of these encounters than did the guests. And Shell stayed resolutely stodgy.

No great analytical talent is required to explain the stodge. Shell’s exercise in setting the people free was top-down. Such exercises usually are. When younger people see the power and prerogatives of the top echelon, any ideas of genuine empowerment ring hollow. This was true in both The Hague and London, where the managing directors had offices which no doubt likewise dripped with symbolic prestige. The Anglo-Dutch divide explains the dual suites and is now being blamed for its contribution to Shell’s stumbling: the executive committee, says a Wall Street critic, ‘fosters unclear lines of accountability’ and ‘acts as a deterrent to the emergence of strong leadership’.

Yet the same system, not so long ago, was praised for the way it built collective, collegiate leadership into the group, producing the many-minded consistency that made Shell, not the stodgiest, but the most dynamic and profitable of the oil majors – and a model of multi nationalism. Very often, as noted earlier, the supposed strengths of a business degenerate into inherent, pernicious weaknesses. Perceptions usually lag well behind the deterioration. In the Management Today league topped by Tesco’s Leahy, Shell actually came fifth. The magazine, writing before the reserves debacle, commented that ‘Watts, 58, has his eyes on the future’ – which for him has proved all too brief.

In any event, 58 is not exactly a great vantage point for tackling the future, especially with a retirement age of 60. Leahy is 47, and has already led his company for seven superbly successful years. The age factor in itself marks a critical difference in management styles. As people age, they become more set in their ways. That’s a truism. But if organisations start to behave similarly, which is encouraged by having elderly executives at the helm, they will get perilously out of touch with changing times – and times have never changed more radically or faster than today’s.

A sign of our times is that Leahy doesn’t invite junior managers to lunch in the attempt to learn the views held further down the company. Rather, he spends a week every year as a shop floor worker, tackling a different job every day. ‘I learn an enormous amount’, he told Fortune magazine, ‘because we employ 200,000people, and the vast majority do those sort of jobs. So I have to understand what it’s like to work for Tesco’. It’s a British version of the gospel preached by Masaaki Imai, super-guru of kaizen, who insists that managers seeking improvement ‘go to gemba’ – the shop floor.

Visitors to gemba, moreover, don’t make royal visits. They go to learn, and they do so with all due modesty. Leahy’s modest personal style is one very valuable protection against the Fallen Idol syndrome. Another is his insistence on keeping in close touch with the company’s roots – in its corporate nature, in the marketplace, where the customers live, and in the hearts and minds of its workers. Significantly, that would-be reforming chairman of Shell was inspired, not by what he learnt from his own people, but by an encounter with critical Wall Street analysts.

This reflected another potent cause of fallen idols. The share price has little to do with the excellence of management, yet is perceived as be-all and end-all. Buffett backed Eisner at Disney because the stock had once performed so well. But longer-term a growing gap between the value of the shares and that of the management opens a deep clay pit under the idol’s feet. Sooner or later, the organisation is going to fall right in.