Good management – what does it mean? 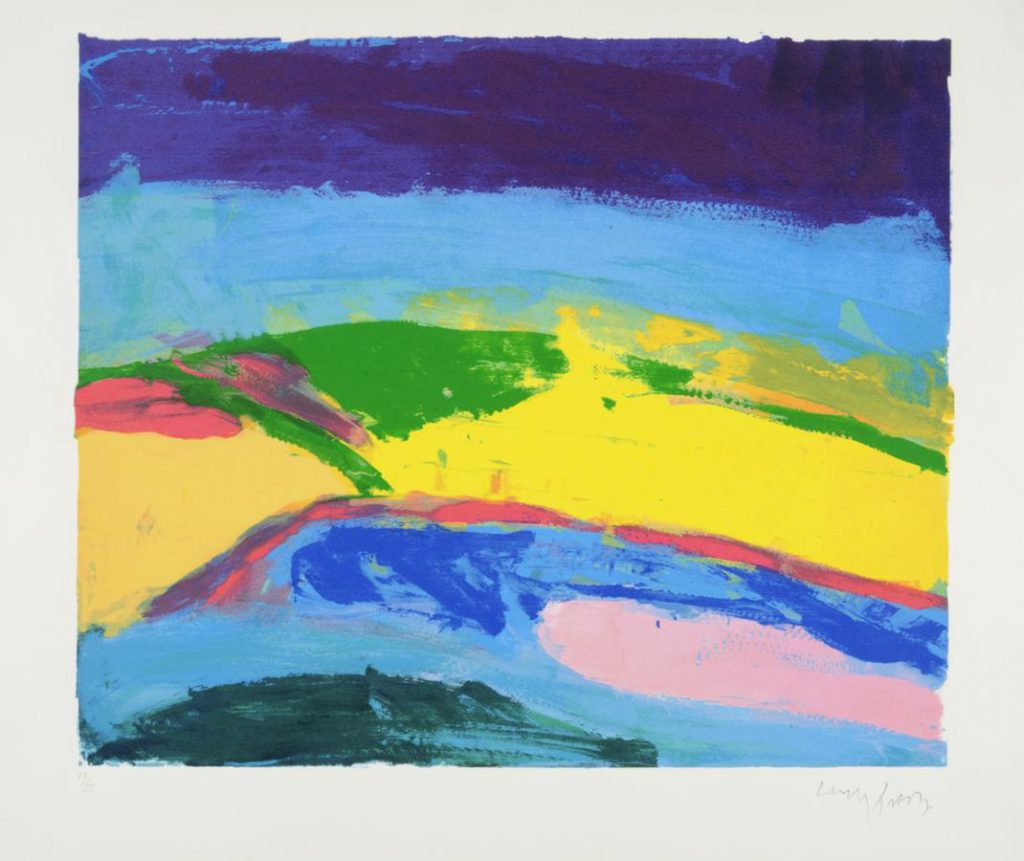 The one subject on which all managers should have strong and well-informed opinions is management itself.

Everybody has had the miserable experience of working for or with a ‘bad manager’: and you would have to be desperately unlucky never to encounter a ‘good’ one. But what do ‘good’ and ‘bad’ mean in this context?

The more you think about this tricky but vital question, the more layers you have to peel away. This reflection is prompted by a fascinating article in Business Week (January 10-17) which awards medals to ‘the best’ current managers, slams ‘the worst’ and records the fate of those (presumably also among the worst), who have already ‘fallen’ – dismissed from chief executive office as punishment for their failures.

Note that the only managers included in the study are at the summit. This is a by-product of the CEO cult, which assumes, against all the evidence, that the fate of the entire organization depends overwhelmingly on the single eminence who takes all the decisions and governs all the strategic management. It must in fact be true that an organisation’s success or failure depend on the strength of management at all levels and in all functions. A ‘well-managed company’ can’t just mean one with a brilliant and forceful boss.

Plainly, a truly great CEO proves him or herself by the quality of the people managing alongside the central figure and those who answer to these leading managers: and on how all staff are mobilised to give their best. BW doesn’t pay much attention to this crucial issue; though it does praise the ‘greatest achievement’ of Steven Reinemund, the head of PepsiCo, which is ‘developing people rather than products…PepsiCo has developed one of the deepest executive benches in Corporate America. Moreover, the diversity of that bench has proved to be an asset in tapping new markets’.

FOCUS ON THE GOAL

Then, Anne Mulcahy of Xerox, is quoted to this effect: ‘Turnround or growth, it’s getting your people focused on the goal that is still the job of leadership’. Nobody can deny that, although a couple of weighty questions are begged. What if the goal is wrong? What other things have to be achieved by the leader and the led?

Do turnrounds differ from growth management? To put that question another way, nine of the 17 best managers chosen by Business Week won their medals by turning companies round: Mulcahy’s Xerox, for example, ‘was in terrible shape’.

Turnrounds certainly provide a searching test of a manager’s character and abilities. But the standards of comparison are by definition low. Moving Xerox from terrible to mediocre, for instance, certainly constitutes a great leap forward. But the sales increase expected this year would be the first since 1999 – which in absolute terms hardly ranks as a medal-winning performance.

Not only are the standards debatable: but the methods used in turnrounds are essentially one-off. Mulcahy’s programme is typical: make sharp staff and business cutbacks, and bring in a new chief financial officer. The tougher tests of management ability come after the clean-up, when the turnround boss must compare, not with the failed predecessors, but with the best of the competition. The step from fallen star to shining light is enormously steep, not least because of the traumas suffered in the bad old days. And you can always fall back on the way.

One of the fallen managers knows all about that. In a five-year reign, Craig Conway had ‘engineered a dramatic turnround’ at the software giant PeopleSoft. He ‘drove it to record sales’, but then lost his grip – and his job – as one merger disappointed and a hostile takeover bid put Conway on the rack. Turnround skills often don’t convert into broader talents. But that raises a fundamental point about all managers. How long must a good manager manage well to prove his or her goodness?

Jeffrey Immelt has won a good press for his act in succession to living legend Jack Welch at General Electric: but the handover took place only in September 2001. Welch was in charge for two decades. At Advanced Micro Devices, the arch-foe Intel is being given a real run for its money. But CEO Hector Ruiz is just coming up for his third anniversary. In fact, only two of the ‘best’ 17 have been in the job for more than five years – and one is Chung Mong Koo of Hyundai, who is the founder’s son.

At Nike, the turnround man goes one better. He is the founder – Philip Knight. I have previously praised the concentric management that took Nike soaring past Reebok. But Knight then ran into trouble in the sports market and in the public arena, where its Third World labour practices caused highly unfavourable and damaging criticism. But the reaction of managers to adversity speaks volumes about their quality – and Knight passed the test with colours aloft.

He examined the company, identified the faults, and acted decisively to improve matters – he ‘revamped management and brought in key outsiders to oversee finances and apparel lines’. Knight also ‘devoted more energy to mundane details such as developing top-flight information systems, logistics, and supply-chain management’. Mastery of the mundane and being ready to recognise mundane mistakes are among the attributes that divide the sheep from the goats.

But there’s one far from mundane feature of Knight’s reforms. He is 66 years old, well past the point when the conservatism of age so often blocks introduction of new necessities. Knight has also recognised the reality of his own age, appointing a new CEO back in November. I’ve nothing against the handover, but have strong reservations on three counts: the new man comes from a very different background, Johnson’s Wax; he’s 57 years old, which is too close both to retiring and Knight; and the latter is staying on himself as chairman.

BW itself recognises the risk in a report on the ousting of CEO David Pottruck from Charles Schwab, the once revolutionary brokerage house. Many people hold the eponymous chairman, Chuck Schwab, ‘partly responsible’ for Pottruck’s fate. The boss ‘weighed in on key decisions’, took an ‘active role’ in strategy, and left open the possibility that he might resume full power – which duly happened as Pottruck succumbed to an impossible situation.

One most telling test of a manager is the performance of the successor management. If Immelt continues his good run at GE, Welch can justifiably claim a great deal of credit, both for the time and trouble he took over the choice, and for having developed a top tier of able managers. But how do you measure that ability? Most attributes of good management are subjective. They sound fine – like finding great successors – but the greatness can only be proved by results. Which results, though?

The answer given by the magazine is entirely predictable. By and large, goodness is measured in the sales figures, the profit and loss accounts and the investment returns. Immelt’s virtue is thus established by a 19% rise in the GE stock price; that of Pepsico’s Reinemund by a 17% predicted rise in 2004 earnings per share: that of Nike’s Knight by a 15% rise in fiscal year sales to $12.3 billion, on which the company earned nearly a billion dollars – up by 27%.

From one angle, this is perfectly fair. The investor cares only for the financial results, above all the share price. Wall Street is indifferent to the means, so long as that price rises. Yet the price has many disadvantages as a measure of managerial worth. It is not within the direct control of any management. It has a fuzzy, uncertain relationship to underlying non-financial performance.

It is fundamentally short-term, whereas the destiny of the company is determined over the long term – Nike is nearly 40 years old, for example.

Worst of all, putting the financial cart before the performance horse risks the taking of short cuts. No virtue stands out from the best managers listed. But one vice is glaringly conspicuous among the worst and the fallen. That vice is fiddling the figures. Mortgage giant Fannie Mae thus misstated earnings for three and a half years, leading to a $9 billion restatement that wiped out 40% of the supposed profits in the period.

The Krispy Kreme doughnut chain is in trouble for the way it accounted for franchisee buyouts. Royal Dutch Shell notoriously over counted its oil reserves by 20% – a mere 4 billion barrels.

The roll of dishonour goes on and on. Software giant Computer Associates boosted quarterly earnings by keeping its books open for extra days – ‘the 35-daymonth’. At Nortel Networks, a great name in telecoms, ‘several investigations are under way to determine if Dunn [CEO Frank Dunn] cooked the books to generate profits and cash bonuses’. The moral is clear. Good managers insist on having financial and other data delivered to the highest possible levels of accuracy and honesty: and they treat the financial outcomes, which take in their own options and bonuses, as a product of their achievements – certainly not as achievements in themselves.

They also accept that management is a fluid, not a fixed activity. In the immortal words of US Secretary of State Donald Rumsfeld (himself castigated by BW as one of the worst managers), ‘Stuff happens’. Managers with long-run records of high achievement, like Margaret Whitman of eBay, Steve Jobs of Apple and Pixar, Nike boss Phil Knight, or George David, the head of United Technologies, have been forced to correct mistakes, change tack and adjust to new circumstances time and again – Jobs was even thrown out of his own company for a spell. United’s double-digit earnings growth since David took over back in 1994 results from intelligent adaptation to changes in its three key markets of aerospace systems, elevators and aerospace systems.

Some of the time, adapting means damage limitation. Many businesses are cyclical by nature. So-called ‘Rust Belt’ companies like steel makers and steel users are booming in step these days, chalking up huge orders and profits. The wise among them know, however, that one day the flow will dry up, and they will no longer see 39% earnings growth – until the next time.

Such wisdom keeps managers sane. They don’t take the general surge as evidence of their personal genius. Their skill lies in making the most of the upturns, and minimising the damage when the bad times roll.

There’s a cycle in management as well as business. The formula that creates a firm’s early success demands renewal early in middle age to gain the professional corporate drive required to advance into the zone of established wealth and market power. There the next danger point lurks in waiting: when the systems and attitudes that built success and were built up by that success no longer work well. Few leaders then have Knight’s ability to reinvent himself and the company.

Of course, renewal is not the responsibility of the leader alone. The virtual absence of the led from BW’s tributes to the Best Managers is seemingly confirmed by a Fortune survey, based on polling employees, of the 100 Best Companies to Work For. Not one of the Best Manager companies features in this long list: and yet creating a company whose people love working there is surely one of the attributes that most managers would place high up the list of desirable qualities.

The ‘best’ workplaces need not be under the command of people with high profiles, though – and maybe that’s part of the answer. Just as the great managers put corporate performance first and their own rewards second, so they put their personal performance ahead of their egos – and are highly objective. I used to ask audiences of British managers if they agreed that British management was poor. A clear and large majority always said Yes. I then asked all those who thought themselves bad managers to raise their hands. Not one arm ever went up. So much for objectivity!