The secret of the world’s greatest salesman: love your customers 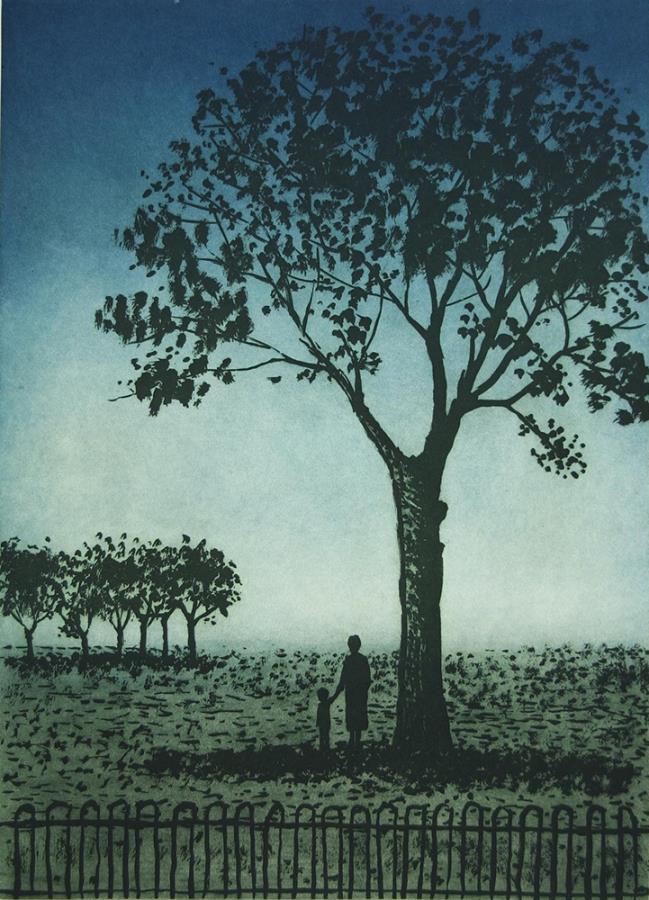 Managers often need reminding that the bottom line may be the end-all of business activity, but that the top line literally comes first.

Unless somebody, somewhere makes the vital decision to purchase from you, there is no profit – only expense. Yet sales has long been ranked behind a younger business skill – that wonderful stuff called marketing. The marketeers, you see, are managers, who make decisions and give orders. The sales people are operatives who do what they are told.

The distinction is both wrong-headed and dangerous. It’s true that some people are natural born sellers, who are unhappy with ‘soft’ issues like strategy, planning and branding. But the strategists, planners and brand managers are a long way, sometimes inordinately long, from the front line. The lessons from the front, in peace as in war, bring the generals in the rear back to reality.

The first of those realities is that the customer is outside the company’s control. It follows that the sales person is a crucial contact in a critical activity – worth every bit of the double issue that the Harvard Business Review recently devoted to the discipline.

The contribution closest to my heart is entitled ‘The World’s Greatest Salesman’, advertised on the front cover along with all the heavyweight contributions from the academics, consultants, etc. However, the one-page contribution was well worth the billing. This is not to deny that the heavyweights possess great value. In fact, there’s a highly telling overlap between the heavier material and the one-pager. The world champion turned out to be Joe Girard, a car salesman who won his title way back in 1973.

The great feat that made the Guinness record book (and which still stands unchallenged) was to sell 1,425 cars in the year, including 174 in a single month. According to the HBR, the norm for the industry is four or five cars a month. The interesting question, in fact, is not how Girard achieved this fabulous level of turnover, but why the other salespeople in this sales-dependent industry are so poor: one deal a week is a miserable performance.

What makes it even more mysterious is that the sales staff work for independent dealerships whose franchises are only as valuable as their sales figures.

Yet the manufacturers find they must go to great lengths to motivate the dealers to improve their own effectiveness – I’ve attended dealer conferences at expensive venues where the delegates are royally entertained, in between lectures by people like me on how to improve their sales performance. Motivation dominates the discussions, and in the motivational mix the same item rules the roost – commission. Money is a great motivator, without doubt. So what can Joe Girard teach us about commissions?

The answer is nothing. The champ mentions the word only once, in describing his first sale. Having won over the customer by literally going down on his hands and knees and begging him to buy, Girard borrowed $10 from his boss against the commission owing. His monetary incentive was to earn anything he could to feed his family after a business failure.

The episode gave Girard an abiding gratitude for those who bought from him – he calls his emotion ‘love’. He had worked out that the customer wants more than a car; you want one that delivers exactly what you envisaged, or at least gets rapidly restored to full efficiency if anything goes wrong. Girard would make appointments to see customers, and have their problem fixed, often without charge, straightaway. He would send them cards every month with a changing picture and message, but always with the words ‘I like you’.

Girard’s credo goes deeper than that – ‘Love Thy Customer’. And not only your customer. The champ regularly entertained (at a nearby restaurant or his home) every fellow-employee who helped him to achieve his remarkable standards of customer service. This practice is endorsed by several studies which show that including supporting staff in productivity bonus schemes brings significant improvement in overall performance.

A business unit is a community with shared interests. Too often, the groups within the community are antagonistic. I once studied a company making construction materials where friction between sales and marketing was seriously affecting revenues. Nobody had thought of putting the two sets of people under the same roof and into the same incentive scheme, governed by the same performance measures. The obstacles to effective combined operations were artificial and easily removed.

But the Girard approach goes further, by co-opting the customer into the community of the business. Again, many studies have shown the benefits of this alliance. For one thing, the customer is a leading source of innovative ideas. The purchaser/user is also a sharp-eyed observer of what’s right and wrong about your operation. The sales people should be your conduits for accurate information about the level of customer satisfaction. But all too often reports are ignored. In particular, marketing people don’t want to be told by mere salesman that they – the marketeers – have got it wrong.

The lack of genuine community in companies was highlighted here a few years back when I published a questionnaire designed to show whether your company has entered the 21st century or is still stuck several decades behind. Here are the 18 questions I asked:

1 Is your company organized as a web or network, and not as a pyramid?

2 Is its focus external, not internal?

3 Is management style flexible rather than structured?

4 Does the company draw its strength from change, and not from stability?

5 Does its structure consist of interdependent entities, not self-sufficient units?

6 Are its key resources ‘bits’ of information, not physical assets?

8 Are products mass-customized, rather than mass-produced?

9. Is the company’s reach global, not just domestic?

10 Are financial reports real-time, not quarterly?

11 Are inventories measured in hours, not months?

12 Is strategy made bottom-up, not top-down?

13 Is leadership inspirational, not dogmatic?

14 Are workers treated as both employees and free agents?

15 Are job expectations built round personal growth, not security?

16 Are people motivated to build the business, and not only to compete?

17 Does the company look for and obtain revolutionary gains, and not just incremental improvements?

18 Is quality a no-compromise, total ‘must’, not merely the best that can be afforded?

As I remarked at the time, there may be some 18-yes companies around, but I have yet to meet one. You can see that a 19th question will fit perfectly well. Are marketing and sales partners, or adversaries? The question should not, of course, even arise. Sales can’t sell if the marketing platform is collapsing, and the marketeers can’t market if the sales side doesn’t implement and complement the marketing strategies.

You can call this ‘integrated’ sales/marketing – the highest state of evolution, coming after ‘undefined’, ‘defined’ and ‘aligned’.

These terms are used in the HBR by Philip Kotler, the doyen of marketing gurus, Neil Rackham and Suj Krishnaswammy in an article on ‘Ending the War Between Sales and Marketing’. In their account, the integrated company blurs the boundaries between the two disciplines and exhibits the following key features:

• Both, but especially marketing, start to focus on strategic, forward thinking tasks

• Marketeers share fully and deeply in management of key accounts

• Everybody uses the same metrics

RISE AND FALL TOGETHER

• Who determines what the business shall make and sell – how many different lines and how many sizes and patterns?

• Who determines the price at which the business shall sell those lines?

• Who determines to whom the business can and should sell the lines?

• Who determines when lines should be added and withdrawn – including (critically important) ‘seeing that the supply of new products is adequate both as regards frequency and design to secure the established market and the winning of new markets?’

• When a new line is launched, are ‘the efforts of all departments (design, production, advertising and selling) united behind the new venture, focused as to time, quantity and range of effort?’

• Does the company make a constant and systematic study of the products and methods of competitors?

• Who determines the sales objectives for all the company’s lines?

• Who decides what standard of quality the business should aim to achieve?

In many organisations answers to these all-important questions are by no means clear. The questions may go unanswered until the disastrous results of negligence become all too apparent. But look at the Urwick questionnaire again. The issues covered cannot be left to marketing alone. They cover or touch upon every aspect of the business as a whole. ‘The efforts of all departments of the business (design, production, advertising and selling)’ are required, not only for launching new products, but to optimise the value created – starting with the numbers on the top line.

The trio of Harvard authors – Kotler, Rackham and Krishnaswammy – provide twenty short statements with which you may strongly disagree, disagree, neither agree nor disagree, agree or strongly agree. The statements range from ‘Our sales figures are usually close to the sales forecasts’, via ‘The heads of sales and marketing regularly confer about upstream issues such as idea generation, market sensing and product development strategy’, to ‘Sales and marketing actively participate in the preparation and presentation of each other’s plans to top executives’.

The higher the score on this searching examination, the higher the level of ‘integration’. My guess is, however, that most businesses fit into the ‘undefined’ box, where the two functions have grown independently, and ‘each is preoccupied largely with its own tasks and agendas’ and ‘doesn’t know much about what the other is up to – until a conflict arises’. In such circumstances, the top line, revenue, will inevitably be placed a very long way below potential – and nowhere near the performance of world champion Joe Girard.

You can argue that a retail car salesman, operating in a business which has no production, design or new product functions, isn’t a useful model for the typical company. But note the way in which Girard integrated his sales activity with the dealership’s after-sales services. Observe how he lowered the barriers that usually separate the two operations. See how the hero treated his customers as true partners in the operation.

Then compare Girard’s class act with the ‘biggest mistakes’ attributed to American sales reps by two HBR contributors from the Forum Corporation. A survey of 138 business-to-business buyers found that the biggest number (26%) were guilty of failing to follow the customer’s buying process. Another 18% ‘don’t listen to my needs’. Then, 17% ‘don’t follow up’. In other words, 61% of these sales people treated the customer within attentive disrespect.

Remarkably, ‘charge high prices’ is right down the bottom, in a bunch accounting for a mere 2% of the sales errors. The HBR, Urwick and 21st century management all point to the same huge conclusion. Either pull together, or the bottom line will be ravaged by the mistakes at the top: the errors at the top of the P&L that are created by top management’s failure to advance from ‘undefined’ to real integration.