Why a clear management hierarchy is essential 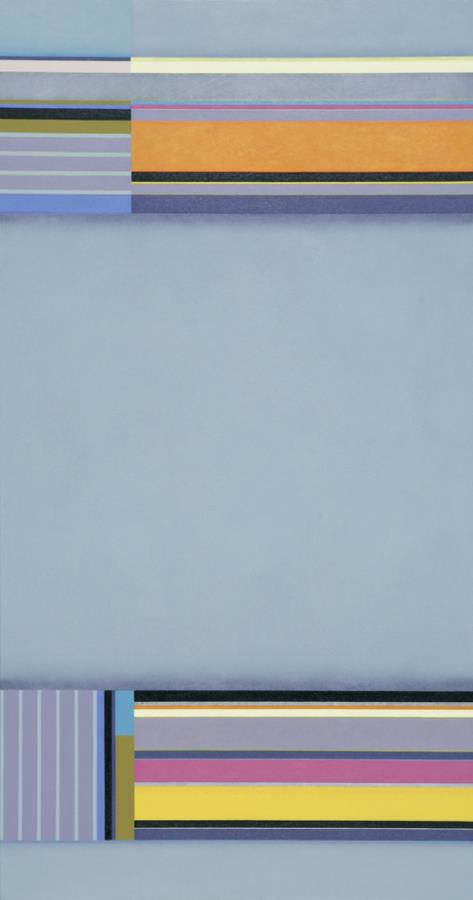 All empires famously carry within them the seeds of their own decay.

That sobering conclusion applies with equal force to commercial organisations. There's plenty of evidence that, before 9/11, the bastions of global capitalism were under assault, mostly from within. What previously happened to IBM, the world's premier company for decades, may also be affecting and infecting its successor, General Electric. In IBM's case, declines in the share price became linked with losses in reputation and eventually in economic strength.

The crucial point for managers in all kinds and sizes of organisation is that GE's crisis is one of organisation – any organisation. The model for businesses, non-profit and public service alike, is military in origin and nature. The model is constructed on hierarchical lines. The pyramid operates top-down, with each level having progressively less authority. There is a clear division between operations and strategy, with the latter function concentrated at the top. There is also a clear division between line or operational management and the staff, who run the functional activities.

Like an army, the business model is divided into groups and units, which operate under separate command and have discreet objectives. The result in corporations is familiar; managers use metaphors like 'tubular bells' or 'silos' to describe the notorious lack of exchange and collaboration between different parts of the same organisation. Rewards tend to be strictly hierarchical, rising with seniority as well as promotion. Elaborate pay scales and assessments govern the reward process, just as written (and unwritten) rules govern relationships between the officer-managers.

GE's living legend, Jack Welch, was supposed to be tackling – and, indeed, conquering – this inflexible model from several angles, achieving an apparently enviable fleetness of foot. But recent events have cast a darkening shadow over the myth of his management magic. In April, GE lost over $100 billion in market value – an amount greater than the total capitalisation of General Motors and Ford combined a year before.

There were specific explanations. Welch had left the command centre. His unfortunate heirs almost immediately ran into the backwash of the Enron debacle, which has understandably demolished faith in corporate accounts. Investors have begun to query the wondrous (logically quite impossible) smoothness of GE's earnings per share growth, quarter after miraculous quarter, under Jack Welch's expert ministrations.

His regime's publicity, moreover, concealed a paradox. The military model hinges on the ultimate power and central position of the supreme commander. By any definition, that was Welch's status. His word ran like Holy Writ throughout the GE organisation. How was that compatible with the development of separate and independent power lower down?

Every organisation has to answer the same question: WICH, or Who's In Charge Here? At GE, the WICH answer was WELCH, with one exception: GE Capital, the corporation's vastly successful and independently managed financial arm. But that vast success only raised another question. How much of GE's growth hinged on this operation, rather than on its manufacturing and marketing performance?

The last question became even more pertinent in April, when the Capital goose that had been laying those golden eggs announced 7,000 job losses. But the doubts over GE, vast as it is, are only part of a general corporate malaise whose dimensions can be clearly seen in earlier research in Fortune magazine, reported here at the time, which challenged the reputation of all large businesses. These big organisations are supposedly focused on delivering growth in revenues and, above all, profits.

Their methods and processes are therefore designed to deliver profitable growth with the efficiency of an army delivering dead enemies and captured territory. But what has actually happened? With the aid of Value Line, Fortune's Carol Loomis studied three long, overlapping periods (1960-80, 1970-90 and 1980-1999) and the earnings per share of 150 big companies to arrive at a mortifying result: 'Only a handful of the companies managed a rate of 15% or better, and many flunked at growth entirely'.

The 15% number, which doubles earnings every half-dozen years, is a common corporate target. But of the 13 winners, only Philip Morris beat 15% compound annual growth in all three decades: the great Boeing made it in the first two decades (but then lapsed badly in the third): pharmaceutical giant Merck succeeded in the last two. GE didn't figure at all. As for the pack, in the first period (1960-80) recorded in Fortune, 16 of the 150 companies had negative growth, 22 less than 5% per annum, 64 under 10%. In the second period (1970-90), the numbers were respectively 24, 30 and 46.

In the third decade of 1980-1999, which took in the supposedly fabulous Nineties, 33 of the 150 (that's over a fifth) went backwards, 38 didn't exceed 5%, and 40 came in between 5% and 10%. There's a strong possibility that a 15% target for the rise in annual eps – or any such target – is a self-defeating policy, focusing management, not on the operational success from which higher profit flows, but on the numbers themselves. The horrendous results are only too clear in the Enron catastrophe.

But that's not the major lesson, important though it is. Note the random nature of the performance of these companies. The growth numbers are all over the place. Compare this outcome with your own experience in your organisation. How often do management accounts match budgeted expectations? How often are you confronted with surprises, good and bad, rather than with what's foreseen?

The management gospellers quite rightly stress the imperative need to be proactive, to create your own future by taking initiatives, setting stretch targets and breaking new ground. But that will get you nowhere without highly developed powers of reaction – responding effectively to changes in the environment, in competitive strategies and tactics, in customer behaviour, and inside the organisation.

Much of the reactive side of the manager's life is messy and difficult. That's anathema to tidy-minded corpocrats. They seek to impose order on what is essentially chaos. In relatively stable times, organisations survived this paradox with relative ease; they could afford the price in lost opportunity and bureaucratic constipation, relying on deeply entrenched strengths. But times have changed with a vengeance.

Look at the changes listed in the last but one paragraph. Here are some recent examples:

1. The environment. The Twin Towers horror has led to general uncertainty, which the Enron accountancy scandals have exacerbated.
2. Competitive strategies and tactics have intensified the pressures in key markets.
3. Customer behaviour has hardened, becoming tougher on price and more demanding on non-price attributes.
4. The organisation can no longer, due in part to Enron, focus exclusively on the bottom line and generating 'shareholder value' via the market price.

All four of these unforeseen developments have crash-landed on the overloaded plate of Jeff Immelt, the successor at GE to the famed, 'notoriously bombastic… intimidating celebrity', Jack Welch. The phrases come from Business Week, whose article makes it clear that GE's organisation still clings to the main feature of the military model: central dependence on one supreme commander. The new soloist, moreover, clings to the same financial focus: 'I hate it when the stock goes down', Immelt said recently. 'The stock is my job'.

It's a non-job, though, one that nobody can do. The Enron culprits had the same credo to the power of n. Everything, including honesty, was sacrificed to the great god of growth – not in the underlying business, but in the share price. As at GE, where 40,000 of the employees are damaged by the market slump, Enron relied on stock options as the key driver in the reward system. This produces an inherent, dangerous bias in organisational life. Any device (like making 'profits' by booking lower pension fund provisions) that boosts the bottom line will be adopted, and any procedure, however justified, that cuts profits will be resisted.

In the end, however, reality always wins. The stock price can only be talked up, or fudged up, briefly. So Immelt's 'job' diverts a CEO's attention to objects he cannot achieve while diverting him from his real work. In the modern organisation (for which there are very few models), that work starts with making the CEO, not indispensable, but dispensable. In the ideal firm, the top echelon essentially supervises. It delegates power to the best people it can find, and it ensures that they in turn operate in a collegiate, collaborative way that rests on delegated responsibility. The Welch style – the leader as hero – is inappropriate.

Leadership should be exercised primarily at the point of impact. But the top still has to lead in one vital respect. The objectives, ethos and principles of the organisation are, even in a leviathan like Welch's GE, determined by the words, examples and actions of those at the very top. The overweening danger of the supreme commander myth, though, is that it starts off in absolutely the wrong direction – perpetuating the bossism that is the antithesis of contemporary needs and creating bossist imitators all the way down.

But is it possible to crack the military, corpocratic mould? I have pointed out before that my business career was largely passed in organisations that worked to an utterly different model. For a start, there were four leaders, each paramount in their domain – one responsible for the product, another for finance and administration, another for sales, a fourth for strategy and supervision of the others. He had final authority, but the others were kings in their own kingdoms.

The character and the success of the enterprise hinged on the product side. Its strong head operated with only a vestigial hierarchy – a deputy and a few departmental heads, who each looked after teams containing not a few prima donnas. Every team member had his or her specific area of expertise and specific task, which varied literally from day to day. The chief had as many direct reports as circumstances required. He could bypass anybody and talk to anybody – and he did.

This is no high-tech wonder business, but the very old-established industry of newspapers. Magazines are no different. The strange behaviour (strange, that is, by the norms of the military model) arises from the pressures of a highly competitive, fast business. Imitate those pressures and you can imitate the model:

If that doesn't sound very difficult, that's because it isn't. Adopt these simple precepts, and running any organisation becomes much simpler. The reason is equally clear. Every organisation carries within it the seeds of its own success – you only need to sow them.