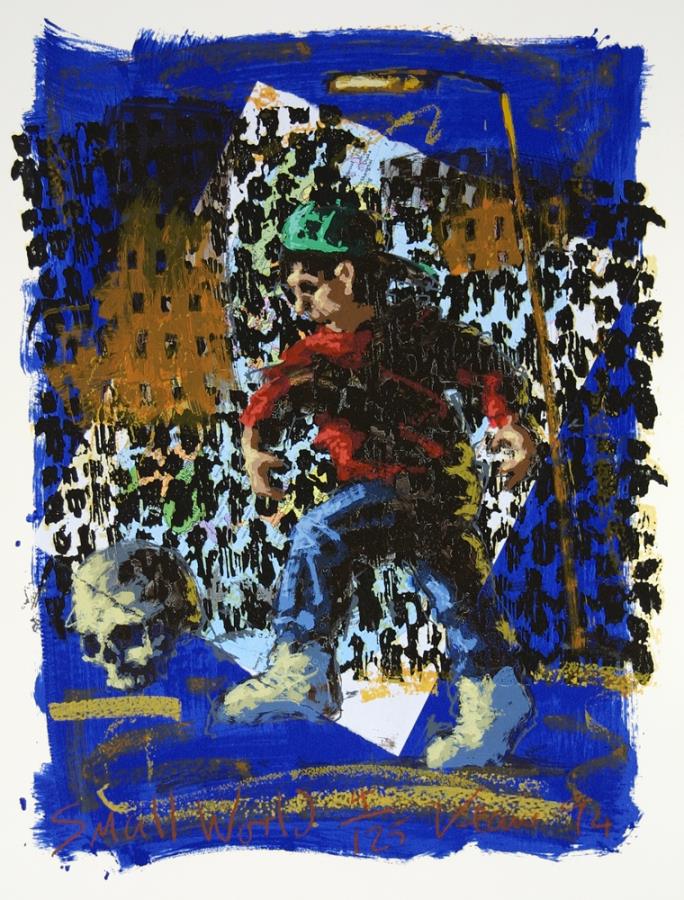 Entrepreneurs don't on the whole read management books, and most such books don't seem to be written for them – especially those who run smaller businesses. After all, there's a vast gulf between the scale of business that employs at most 100 people and a payroll in the tens of thousands. The large company can turn over £1 million, not in a good year, but an everyday hour.

The discrepancy in size makes no difference at all. Every time I talk to an audience including bosses of small businesses they query whether the principles that apply to IBM or ICI apply to them. The answer is always the same. Of course they do. Large companies have more sophisticated systems, naturally (or unnaturally) and more complex tasks. But the fundamentals of business and management are invariable – and entrepreneurs who act on the big company lessons taught at the seminars and written in the management books gain immeasurably.

Quite recently, an enquiry about a book of my own confirmed this truth, that sound principles apply alike to large and middling business – and small. David Craven, joint managing director of NST, Ltd, couldn't remember the book's title, though he did recall the acronym round which it was built: IT BECAME FAST. The dozen principles embodied in the acronym had 'provided the basis of my approach to running my own business'. Over a decade, it had grown from a £1 million to a £15 million turnover to be Britain's largest operator of educational tours.

That's becoming fast with a vengeance. But what had inspired the acronym? The sovereign fact is that all big companies had to start from somewhere. There was once a middling-sized engineering firm exhibiting the faults that killed off many of its breed and which still plague most small businesses: restricted product range, over-dependence on the local market, low reputation, inadequate management. Three young managers saw that not only the company, but their careers were on the line – and they moved decisively to correct all four faults.

I came across the firm when, out of the blue, it turned up at the top of the Growth League in Management Today, the magazine I founded in 1964. Its name was BTR, and at first I thought the statistician had mixed the company up with BSR, then a gee-whiz growth business in hi-fi, now one of the forgotten losers rolled over by the Japanese. But BTR was real enough: it had already soared from its modest beginnings, having multiplied profits 30 times on a fivefold rise in turnover.

It powered on to world-class scale (£10 billion-plus of sales) and fame. The highly effective management principles of its leader, Sir Owen Green, became the basis of my book, The Business of Winning. They formed an acronym – IT BECAME FAST:

1. Improve basic efficiency – all the time.
2. Think as simply and directly as possible about what you're doing and why.
3. Behave towards others as you wish them to behave towards you.
4. Evaluate each business and business opportunity with all the objective facts and logic you can muster.
5. Concentrate on what you do well.
6. Ask questions ceaselessly about your performance, your markets, your objectives.
7. Make money: if you don't, you can't do anything else.
8. Economise, because doing the most with the least is the name of the game.
9. Flatten the company, so authority is spread over many people.
10. Admit to your failings and shortcomings, because only then will you be able to improve on them.
11. Share the benefits of success widely among those who helped to achieve it.
12. Tighten up the organisation whenever you can – because success tends to breed slackness.

The Clean Dozen are highly relevant to any entrepreneur, just as they are to any giant corporation. Craven's Blackpool-based firm followed all twelve of the BTR-style principles, starting with 'We've kept everything very simple'. That's precisely what another acronym famously lays down: KISS, which stands for Keep It Simple, Stupid.

Moreover, by 'constantly looking to minimise costs and improve efficiency', Craven believes, NST has kept well ahead of competitors. The consequent success has been widely shared, through performance-linked bonuses, with 'very highly motivated, skilled staff.' That sharing policy has been very important, not least in retaining the skilled people: 'hardly anybody has ever left us.' Another major pillar of his philosophy is the absolute prohibition of the familiar, conservative killer, 'We've always done it that way'.

That utterance is a 'fineable offence': if you don't ensure that what you preach is practised, the preaching is worthless. That's the real lesson of NST's success. It's not that those dozen principles are the right or only way to grow a business – although they do, for what it's worth, sum up much of today's dominant management theory. The lesson is rather that theory can always be put to practical use. What makes the difference (as at NST) is that practical application.

The reason why much of today's 'new' management theory is in those hundred-odd words written some 15 years ago is because the basics of successful management are rooted in human nature, which is the same within ICI as in a mini-market. The major difference is that largeness imposes unnatural behaviour on natural people, with the usual counter-productive results.

Small business can breed bureaucracy, stultifying procedures and internal politics just as efficiently (or rather inefficiently) as big. But relative smallness means that failings are much easier to identify and cure. So even giants are now trying to think small; dividing into smaller units, each commanded by a single boss with the authority (in theory) of the owner-manager.

Within giants, you can find self-managed manufacturing cells where half-a-dozen workers operate as flexible teams under one-man or one-woman leadership – knowing their products, their customers, and their results. Many small businesses fall well short of that description, which doesn't make it irrelevant. Like the IT BECAME FAST precepts, the formula applies generally.

Ideas on how to manage and grow can come from books or seminars or mentors or previous employers – or your own experience. But only the individual manager, by acting on the ideas, can make the business become fast. Big or small, the more you deliberately turn the ideas that suit you and your business into effective action, the higher profits and growth will be: witness the fifteen-fold, ten-year expansion of NST.